Libeskind was born in Poland to Holocaust survivor parents. He spent his first 11 years in a communist, totalitarian state.

“I was born in a homeless shelter right after the war, and we were then lucky to be able to leave the first time the Iron Curtain opened,” Libeskind told the Independent. “We were able to go to my first paradise, which was Israel. Israel was only 8 years old at that time. It was amazing to go from black-and-white to full colour and the beauty of liberty.”

Of Libeskind’s father’s large family, his only surviving sister, who survived Auschwitz, was living in New York. So, after only two-and-a half years in Israel, the Libeskinds made their way to the United States.

But, before leaving Israel, Libeskind was an accordion virtuoso, at only 13 years old. Winning a competition with Itzhak Perlman, he had the opportunity to play for Isaac Stern. After hearing him, Stern suggested that Libeskind transition into playing piano, but Libeskind found the adjustment too difficult.

“Maybe that’s why I became an architect,” he said. “If I hadn’t played the accordion, I would have never been an architect, I would have become a famous pianist. I have to say that Isaac Stern, who I knew subsequently, told me I was the only person that they ever gave this [honour] to that didn’t become famous in music.”

In the United States, Libeskind’s family settled in the Bronx. When it came time for him to choose a career path, he didn’t know what to do, as he excelled in math, science and art.

“I really wasn’t sure because, in my life, I had never met an architect, an engineer, a doctor…. I had little idea of so-called professions that existed in a world somewhere beyond the Bronx,” he said. “I discovered that architecture combined all my interests – painting, drawing, mathematics, science … all the things I loved to do.”

Libeskind tried working for some well-known architects, but felt uninspired. So, for many years, he worked as a professor of architecture at various universities around the world and then as head of a school of architecture. 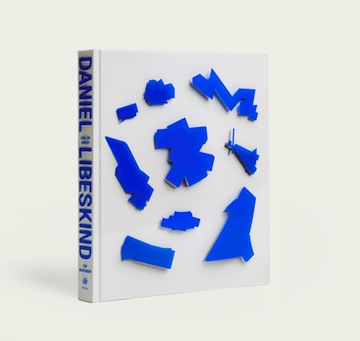 “For many years, I did that and I was considered, like some others, as a paper architect … somebody who’s just on paper. But, then I won the competition for what later became the Jewish Museum in Berlin…. It was not originally called the Jewish Museum, it was called the Berlin Museum with a Jewish department, but I negated that, as I never believed Jews should be a department….”

It took more than 10 years to build the Jewish Museum in Berlin. It was scheduled to open the fall of 2001, but then 9-11 happened, so the opening was delayed.

Libeskind felt the need to go to New York. When construction on the World Trade Centre site was being considered, Libeskind was asked to be a judge of the entries. He could not make it to the judging on time, so instead entered his own design idea. He won the competition and became the master planner of the project.

In writing Edge of Order, Libeskind wanted to share his creative process and how he approaches architecture.

In Edge of Order, Libeskind shows how architecture is just another artistic field that anyone can do, explaining how buildings are not made by some abstract hieroglyphic methodology, but are part of culture, just like music and geometry. The book encourages people to participate and engage with architecture directly where they live.

“Most people think … everything is irreversible, that you’re born with it and that’s that. People don’t realize that they can change,” said Libeskind. “They can make the world a better place, a more meaningful place.

“Architecture is such an important aspect of the world,” he continued. “We take it for granted, but it’s what the world looks like to us, the window we have to the world.”

Libeskind wrote Edge of Order with the hope of inspiring people to think about how they can do things, instead of feeling like they don’t have the credentials or know-how to design their dreams. He thinks that everyone is an architect and he wants to help people realize that they, too, can build.

“My ideal reader could be a young person who doesn’t know what they want to do, or it can be an older person who had always wished to be an architect,” said Libeskind. “My point is that everybody can be, and that everybody already knows so much more about architecture than about anything else … because we all live somewhere … even if you’re homeless.”

He said his idea is about freedom – “freedom to build, to really direct the world to a better way.”

In Edge of Order, Libeskind also talks about the importance of embracing democracy and that we need to be vigilant against forces that would impoverish the human potential.

“When I see what is happening in the world … of course, we see the evils around us and we have to fight against them … and have the sense that the world is a better place than we see on television or on the news,” he said.

Currently, Libeskind is working on dozens of museums around the world, spanning all the continents.

“I’m such a lucky architect on every continent,” he said, adding, “I’m a very fortunate person.”