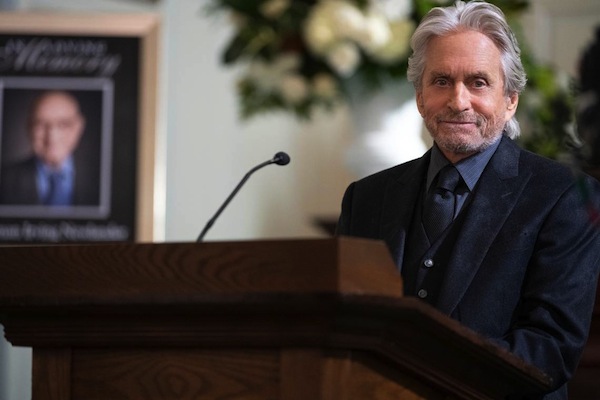 I admit to watching movies and television series on Netflix, kanopy.com, Amazon Prime, TIFF, VJFF and any other website that offers movies and TV shows. I watch Netflix and Amazon Prime on my television set and everything else on my desktop PC. I do not feel guilty nor am I ashamed!

I may never go to a movie theatre again. I like setting my own schedule, I like not having to find parking. I like not standing in line. And I love subtitles. I wear two hearing aids, so, even though I can hear, I sometimes have trouble understanding what the actors are saying, especially if they have accents (I love foreign films). I watch everything with subtitles. What a relief.

Total freedom is at hand. I can stop the show and go to the bathroom, I can prepare a meal and then sit down to eat it while watching my show, I can watch three or four episodes in a row. I am in control! I can start a series and, if I do not like it, I stop watching – too violent, too slow, whatever! I can watch the first season of a series and decide that one season is enough, or I can continue to watch. My record is nine seasons of Doc Martin. Instant gratification you say; you bet!

After one-and-a-half years of COVID-19 restrictions, I can honestly admit that I am addicted to streaming. It has been a wonderful way to be entertained, educated and inspired. I will watch movies, especially foreign films, documentaries and TV series. I now watch much less news on the television. COVID-19 and the pandemic have dominated all newscasts, Israeli politics is getting weird and, frankly, I am tired of seeing Prime Minister Justin Trudeau in need of a haircut.

Raise your hand if you also exhibit some of these symptoms! Ah, wonderful, how comforting to know that I am not alone. By the way, I still managed to create and publish four editions of Senior Line magazine for Jewish Seniors Alliance, do my four physical workouts a week, study twice a week with Hebrew teachers and walk the dog four times a day. I am not a reprobate.

Here are some of my favourite television shows (in alphabetic order):

Amazon Empire: The Rise and Reign of Jeff Bezos: A documentary about the man who changed almost everything. Love him or hate him. Always fascinating.

Blackspace: The most evil bunch of high school students you never want to meet. (one season)

Diagnosis: A documentary that highlights difficult case studies in medicine.

Halston: Elegant and wicked, love the fashion and New York City. (one season)

Nomadland: A woman wanders in her van, grieving her loss, in search of meaningful connections. A soulful and beautiful film.

Shtisel: A warm and delightful view of the ultra-Orthodox lifestyle in Jerusalem. (three seasons)