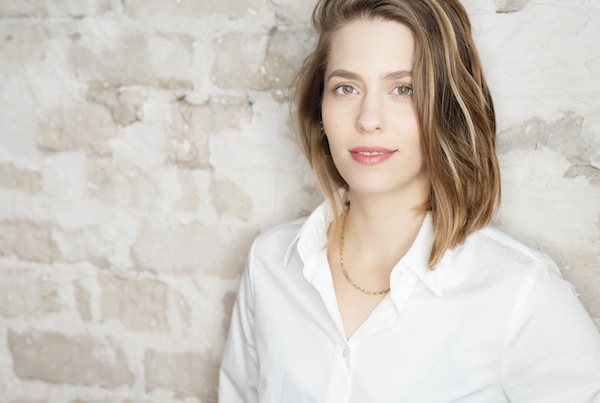 Keren Etkin, a 32-year-old Israeli master’s student, has been working on what she calls the Age Tech Market Map. This small but full link library is a place for older adults to find the latest news about technology.

While working on her undergraduate degree in the sciences, Etkin began volunteering with Holocaust survivors, which she found a stark contrast to working in the lab. After graduating, she continued further along this path, finding work in the nonprofit sector. But she soon realized that, without a relevant degree, it would be challenging for her to advance her career, which is why she is currently studying for a master’s in gerontology.

“I work at the intersection of tech and aging, which is a very interesting place to be right now, professionally,” said Etkin. “I also run The Gerontechnologist [thegerontechnologist.com], which allows me to explore different aspects of the age-tech ecosystem and talk to many interesting people who do interesting and impactful work.”

Etkin’s first job in the industry was with Intuition Robotics, where she helped develop and build ElliQ, a friendly sidekick for older adults.

“ElliQ was the first big project I was involved with,” said Etkin. “I was recruited to Intuition Robotics in 2016 as the company’s first employee and only gerontologist. That was a very hands-on project that I feel fortunate to have had the opportunity to work on for several years.

“I know there are other gerontologists out there working in or with start-ups or investing in start-ups, and I think that’s a good thing – to have professionals from the aging industry come work inside the tech industry and help build tech solutions for the aging population.”

ElliQ makes it easier to connect to family, friends and the digital world, and helps users stay active and engaged. With it, people can read and respond to messages, share pictures, get reminders about medications, respond to questions and even receive surprise suggestions throughout the day.

“I think incorporating technology into any field of work is beneficial, specifically when it comes to the aging industry,” said Etkin. “There’s a lot to gain, since it’s very labour intensive. Some of the work currently being done by humans could be done by machines – like paperwork and some physical tasks – hence, freeing up humans to perform tasks that require uniquely human skills, such as empathy, critical thinking and creative problem-solving.”

The biggest hurdle Etkin sees in the industry is that most tech companies do not view older adults as potential users. In her opinion, they are missing out on a huge sector.

According to Etkin’s website, “The global spending power of people 60+ years old is expected to reach $20 trillion by 2020. Americans over 50 are expected to spend $84 billion annually on tech products by 2030.

“Contrary to common belief, most older adults hold a positive perception of technology. Many are eager to learn new tech skills as long as they find them useful. However, most of them admit they require some assistance in setting up and learning to use new devices.

“A report by the Pew Research Center found that 42% of older adults in the U.S. own smartphones and that 67% use the internet. Baby boomers spend an average of 27 hours a week online.”

Etkin began working on The Gerontechnologist in 2017. At the time, she was just looking for was a snapshot of the ecosystem and she was curious to learn what other people in the field were working on.

“After spending many, many hours doing online research, I came to the conclusion that there was no age-tech market map out there and so I decided to create it myself,” said Etkin. “After publishing it online, I got a lot of feedback and realized that other people were also interested in this. I also realized that I enjoyed creating content about age tech, and it sort of took off from there. The blog today serves anyone who’s interested in tech for older adults.”

This past summer, Etkin started posting podcasts and video series on thegerontechnologist.com, and she plans to keep working on projects that she is passionate about and that she thinks bring value to the world.

Etkin is working on the 2020 Age Tech Market Map. In the process, she will evaluate more than 2,000 service providers and choose the top 200 for the map.

“I would love to hear about Canadian start-ups developing tech for older adults,” said Etkin. “You can reach me through the contact page on my website or message me on LinkedIn and Twitter.”