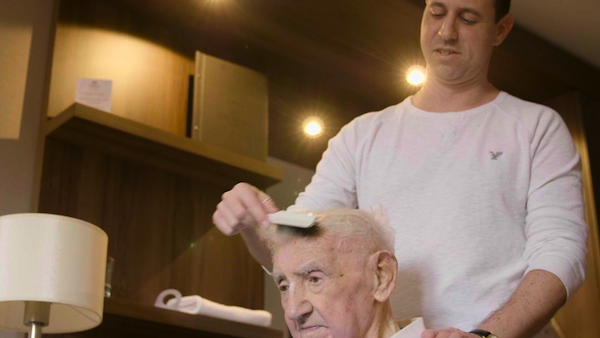 The documentary How Saba Kept Singing had its world première last weekend as part of HotDocs. It can be accessed online until May 7.

The film starts with David Wisnia preparing for his return to Auschwitz-Birkenau after 70 years. Traveling with his grandson and musical partner, Avi, David reveals some new stories about his survival journey. Throughout his life, he had selectively shared details about his war experience, mentioning that his singing voice provided him with privileges that aided in his survival. However, he omitted a major detail – a love affair with a fellow prisoner is what actually helped save his life. Told through David’s perspective, the truth regarding his survival some 75-plus years ago is uncovered.

To buy a ticket to watch the documentary online, go to hotdocs.ca/whats-on/hot-docs-festival/films/2022/how-saba-kept-singing.