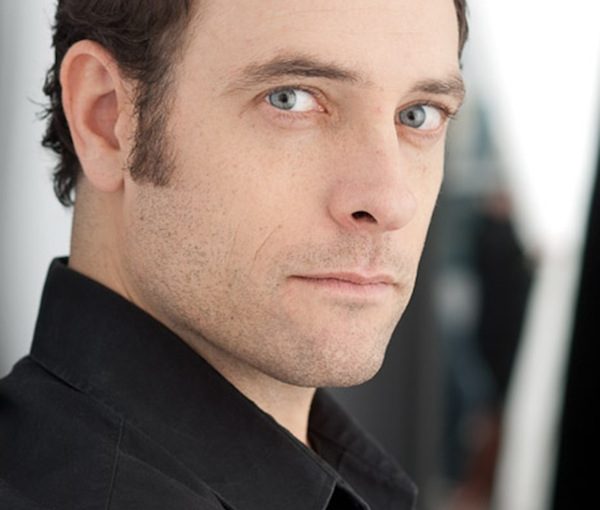 Scholars have pondered the question of the unknown, or missing, years of Jesus. In the Christian Bible, he disappears from the narrative in his teens, only reappearing at age 30. What happened in that time? What was Jesus doing? Even if you haven’t wondered about this before, you should consider checking out the award-winning theatrical romp Jesus Christ: The Lost Years, which offers some unconventional theories that academics and theologians have possibly overlooked.

Written by Ryan Gladstone, Bruce Horak and Katherine Sanders, with an original score by Drew Jurecka, Jesus Christ: The Lost Years was first created in 2006. It toured until 2008, then also had its “lost years,” returning to the Fringe circuit only last summer; this time, with two women playing the male leads. Directed by Gladstone, the irreverent physical comedy opens at the Havana Theatre March 13.

“The script is pretty much the same, so the biggest change is what the two new performers bring to the table,” said Gladstone about how the current iteration of the play differs from the original. “Carly Pokoradi and Alex Gullason really have made the play their own, and that’s been a pleasure to watch. It’s also fun watching two talented and funny women being funny and talented on stage.”

Both actors take on multiple characters. In the play, notes the promotional material, “we see teenaged Jesus, wondering why he doesn’t fit in. Mary and Joseph finally come clean and tell him that Joseph isn’t his real father. Hurt and confused, Jesus heads off on the most epic father quest of all time. Along the way he meets Judas, Mary Magdalene, the Three Wise Men, lepers, Romans, he even has a battle with the spirit of Elvis!”

The idea for Jesus Christ: The Lost Years came up long before it was first produced in 2006.

“Katherine Sanders and I were roommates in Calgary in the late ’90s, and we came up with the idea of doing a play about a teenaged Jesus. But Monster Theatre was just on the cusp of being founded and it wasn’t the right time,” said Gladstone. “I remember calling her in 2005, saying, ‘It’s time.’ So, we started researching, and we got Bruce Horak on board, who we both greatly respected, and got to work. The writing process was pretty smooth for having three writers, though maybe some of us were more forceful with our ideas than others! (I’m talking about me, if it’s not clear.)”

As wild as the play gets, it is based on research, as are all Monster Theatre productions. Part of the company’s mission is to reimagine history or adapt “universal stories to make them relevant for our specific time.”

“I took a couple history classes in university but, funnily enough, my thirst for history came out of doing plays for Monster,” Gladstone told the Independent. “In 2001, we created our longest-running, most successful show, The Canada Show: The Complete History of Canada in One Hour, and the research portion of the project really fired my imagination. I loved the idea of taking amazing events that people have never heard of and exposing them to these great moments in our past, or events that people think they know and showing it from another angle. In 2003, Bruce Horak (and later my brother Jeff) and myself spent about seven months researching and writing the follow-up show, The Big Rock Show: The Complete History of the World. It was really this that gave me my love for history. Having that broad overview of everything has given me context for every other event I learn about.”

Perhaps also “funnily enough,” given his love of history, Gladstone only recently found out about his Jewish heritage. “A couple years ago,” he said, “my brothers and I got one of those DNA tests done for both our parents, and discovered that our dad has about 30% Jewish blood. We have some very close Jewish friends here in Vancouver that took us under their wings and guided us through everything they thought we needed to know.”

Born and raised in Calgary, Gladstone went to theatre school at the University of Calgary. “I had been caught up in the exciting whirlwind that was the Loose Moose Theatre Company, run by improv guru Keith Johnstone, who was also teaching in the theatre department at U of C,” explained Gladstone. “After I graduated, I moved to Toronto, because that’s where all my friends were, and I loved it. That was around the time that I founded Monster Theatre. In 2006, I moved to Vancouver. My (now) wife had come to Toronto from Vancouver and tried it out for a few years and we decided we would give Vancouver a shot for year or two. Well, that’s been 13 years now.”

Gladstone followed up his bachelor of fine arts in acting from U of C with a master of fine arts in directing from the University of British Columbia. He has written or co-written, produced, directed or acted in every Monster production.

“It’s a tough thing to tally, but I think it’s around 40 original plays, written or co-written,” Gladstone said of his literary output. “I occasionally write for other mediums; I’ve been co-writing a kids’ book for many years, and we have tried adapting our plays for film and web series.”

Gladstone founded Monster Theatre almost 20 years ago. “In 2000,” he said, “I wanted to tour the Fringe Festival circuit. I had some friends with a comedy troupe called the 3 Canadians who were very successful and were touring Australia and beyond every year, and I basically wanted to be like them. So, I filled out an application form for the Edmonton Fringe and, when it came down to ‘Company Name,’ I just wrote down Monster Theatre for the first time.

“The name is based on something Keith Johnstone said one day when I was in university. We were working on a scene from Othello and Keith was discussing Iago and the difference between demons and monsters. He said, ‘Demons are evil and twisted on the inside, but they are usually quite attractive on the outside, while monsters are strange, twisted and bizarre on the outside, but they always have a good heart.’ And I thought, that’s the kind of theatre I want to make! So, we try to create original plays that are odd, unique, unlike what everyone else is doing, but we are always focused on the heart of the play, making sure that it is rooted in something meaningful or profound. We often talk about our style as being at the intersection where high brow and low brow meet.”

Gladstone was still living in Calgary when he started Monster Theatre. “But, when I moved to Toronto, the company, such as it was, moved with me and, when I moved here in 2006, it moved again,” he said. “Since arriving in Vancouver, we have laid down roots and I don’t think there will be another relocation for Monster in the future. With that said, Monster is a very cross-national company – we have a fan base in a number of cities across the country. In fact, for a long time, Vancouverites witnessed fewer productions of ours than Toronto, Winnipeg, Calgary or Edmonton.”

Over the years, the societal norm of what is acceptable and offensive in word or deed has changed, but Gladstone said there aren’t really any “red lines” he won’t cross in his writing.

“I mean, in the old days, my writing was way more provocative,” he acknowledged. “We were trying to offend people. We often talked about trying to piss off everyone, then no one gets left out. But, these days, it’s a different atmosphere. I’m not afraid of offending people, but I think there needs to be a worthwhile reason, not just for the shock of it.”