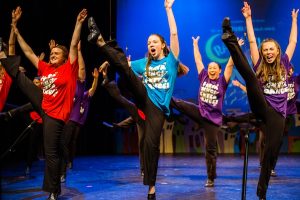 This August’s Gotta Sing! Gotta Dance! crew did a wonderful job of bringing Perry Ehrlich’s Break a Leg! to the Rothstein stage, as did the July graduates, no doubt. Ehrlich outdid himself on the script, which had more witty lines than groaners, with humor on so many items currently in the news; notably, the presidential race. In Ehrlich’s musical, Fiddler on the Roof’s Tevye actually does break a leg and Golde, who knows all his lines, steps in to take the lead role. She becomes the star, flipping traditions on their head as she rises beyond the theatre and into the political spotlight. Every one of the 76 young performers seemed to have a blast performing the show, and there were many, many talented singers, dancers and actors. The full-house audience certainly enjoyed themselves. The entire Gotta Sing! Gotta Dance! faculty is to be commended. 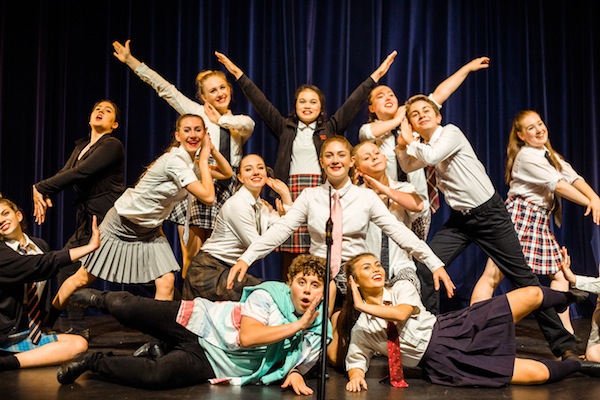