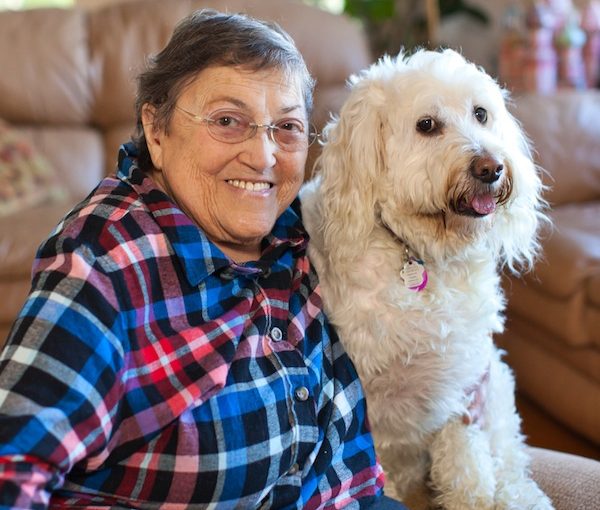 Ruth Simkin with her dog, Kelly. (photo by Chris Wilson)

Feminism is really true equality between women and men; nothing more, and nothing less,” Ruth Simkin writes in her new book, Dear Sophie: Life Lessons in Feminism & Medicine, a memoir dedicated to her great-niece.

“There are many people who scoff at the word ‘feminism,’” Simkin adds. “But consider this – when I was in my first year of medical school, I, and any other woman, could not get a credit card in our own name. Until 1974, a husband’s signature was needed for women to have credit cards. At that time, I met women who were teachers who lost their jobs because they and their husbands wanted to start a family and they became pregnant – a no-no for working teachers until 1978. I could go on and on with examples like this to show why feminism was, and still is, such an important part of all our lives.”

Born in Winnipeg in 1944, Simkin has prevailed over many obstacles throughout her life and career. In Dear Sophie, readers join her as she struggles to get into medical school.

“There was stiff competition to get into an innovative medical program launched at the University of Calgary in the late 1960s,” she told the Independent from her home in Victoria. “I was one of 32 of roughly 1,200 applicants to be accepted.”

Admission to the program, however, would turn out to be an easier hurdle than those that were yet to come during her schooling and subsequent training. The length of her time in med school is replete with stories of sexual harassment and discrimination by both fellow classmates and senior members of the faculty.

“Male doctors, on more than one occasion, did all they could to get me expelled from med school, but I stood my ground,” Simkin said.

She managed to complete her residency, despite being blocked at almost every step, and clashing with the established medical community. But she prevailed. She was the first U of C med school graduate to open a practice – one that thrived – while also working as a professor and preceptor at the school. 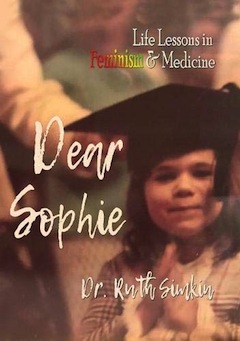 In the memoir, Simkin details her experiences from that time to the present and uses her account as a way to demonstrate to Sophie, and to other women, how to live a happy, feminist life. She hopes that Sophie, a pre-adolescent during the time Simkin was writing the book, will learn from her experiences before entering adulthood.

Simkin’s long and varied career has seen her undertake many ventures. In the 1980s, she learned acupuncture in Shanghai and, ultimately, became the first physician to be approved by the Alberta College of Physicians and Surgeons to incorporate acupuncture in a medical practice. Later that decade, she went to London, England, to study with Dr. Katharina Dalton, who brought premenstrual syndrome to the world’s attention and also coined the term.

Upon her return to Canada, Simkin opened the first PMS clinic in Western Canada. She also has opened Western Canada’s first hologram gallery, produced concerts, been involved in theatre projects and started the lesbian and gay political action group CLAGPAG.

In the 1990s, she moved to Salt Spring Island, where she became a farmer – growing “yuppie” veggies. A return to medicine saw her become the first fellow to study palliative care at the University of British Columbia. In 2014, she was honoured with a life membership from the College of Family Physicians of Canada.

Among her other published works, Simkin has written What Makes You Happy, a collection of short stories, both autobiographical and fictional; The Y Syndrome, a medical thriller set in 1990s Calgary; and Like an Orange on a Seder Plate, a feminist Haggadah. The Jagged Years of Ruthie J (2012) is an autobiographical account of her experiences in Winnipeg before medical school.

Over the years, she has written scores of medical papers and contributed to textbooks, as well as mixed media presentations. Having travelled extensively, she has an (as-yet) unpublished book, Come Away with Me, about her journeys through China.

Dear Sophie received the 2019 Rainbow Award in the LGBT biography/memoir category. In its review of the book, the prize committee said, “Dear Sophie is a flawless memoir that is not only a story of Dr. Ruth Simkin, but a story of feminism and women in Canada and the field of medicine, skilfully woven together with valuable life lessons.”