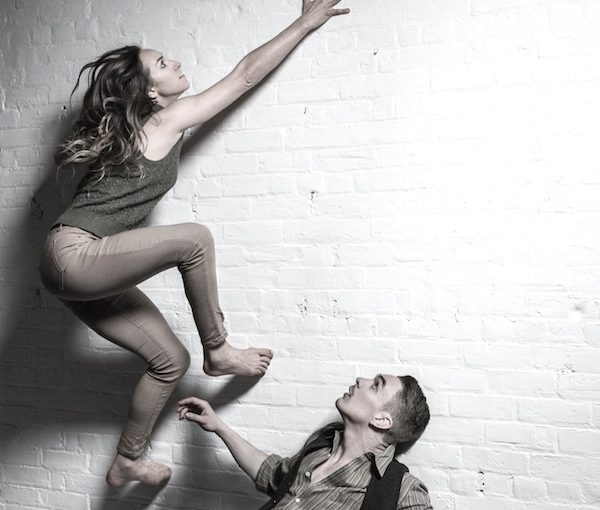 ProArteDanza’s The 9th will première in Vancouver before heading home to Toronto. (photo by Alexander Antonijevic)

Ten years after its conception, ProArteDanza’s The 9th, a full-length contemporary dance performance, will have its world première in Vancouver at the Chutzpah! Festival Oct. 26-28.

“We were originally planning to première it in Toronto for November,” Roberto Campanella, co-artistic director of ProArteDanza, told the Independent in a phone interview. “We’re opening in Toronto Nov. 6, which is a week-and-a-half after Chutzpah! And then Mary-Louise [Albert] called and said, ‘How do you feel about bringing The 9th here?’ And I said, ‘Well, it would not be a bad idea for everybody involved to have that opportunity…. We love being at Chutzpah! We’ve been before, we have a longtime relationship with Mary-Louise.” (Albert is artistic managing director of Chutzpah!)

Campanella created The 9th with ProArteDanza co-artistic director Robert Glumbek in collaboration with the dancers. Inspired by Beethoven’s Ninth Symphony and performed to the score, the show has four movements and is about 70 minutes long, with no intermission.

Each dance movement was created and mounted on its own: the first, then the third, the second and, finally, the fourth, which the company performed this past June in Trois-Rivières, Que., for the festival called Dansencore. Regarding the full-length work, Campanella said “it’s one thing to put on one movement at a time separately, and we’re realizing it’s a completely different beast because we have to also layer [each movement] with the concept of a wall or, in this case, the symbol of the Berlin Wall, so it’s taking almost a different life for me and for Robert…. And it’s only eight dancers and it’s going to be incredibly physical and athletic and intense, so we also have to distribute our dancers in a way that we don’t kill them in the first movement.”

Ten years ago, Dansencore commissioned Campanella and Glumbek to create the first movement. At the time, the festival was celebrating its 15th anniversary, as well as the establishment of Trois-Rivières, with Beethoven’s Ninth, said Campanella. “The idea was that there were different choreographers allocated for the four different movements … and we put the whole thing together probably in one day or two with the live orchestra and the live choir, so it was a mega-super-project. It all came together then.

“What we decided to do, with the permission, of course, of the festival, we said, ‘Can we present out first movement only for our company, ProArteDanza?’ We were granted permission and we presented just the movement itself as part of a mixed program the year after, or the same year, here in Toronto. Then we looked at each other, Robert and I, and said, ‘Why don’t we do a long version of it? Why don’t we continue? But let’s take our time. Why don’t we continue on the same path we’re doing, a movement at a time, we present it, we look at it and see what comes out of it?’

“And then, in 2010, I was in Berlin shooting a movie and I had a few days off,” continued Campanella. “I went to the Berlin Wall, which is essentially rubble, it’s just bricks, there isn’t much, but there are these audio-visual stations, where you can put headphones on and have a look at old footage of when they were building it; it’s pretty much the history of the wall. And there was one image that still, I would say, hit the spot, which was these two families on [opposite] sides of the wall waving at each other, probably they were related to each other … and the waving at each other was different from one side of the wall and the other. And then I thought, could it be that this [image] is actually our Ninth Symphony concept? So, I talked to Robert and I said, ‘Can we explore that and see where it goes?’ And that’s when the ball started rolling for us, but always maintaining the idea that we were not going to present the whole thing until we had all the four movements done and presented.”

The timing of The 9th’s completion comes with a few coincidences, said Campanella. Most notably, the final concert date, in Toronto, is Nov. 9 and, he said, “Nov. 9, 1989, is the actual day of the fall of the Berlin Wall,” so the show will occur exactly 30 years after the wall’s fall. He also noted that ProArteDanza’s show, which is called The 9th, ends on the ninth and that, at the 1989 celebration of the fall of the Berlin Wall, Leonard Bernstein conducted the Ninth Symphony.

For Campanella, the fall of the Berlin Wall is “about freedom, it’s about brotherhood, it’s about unity and diversity, celebrating all of that.”

In addition to the challenges of portraying these concepts, Campanella said it’s been fascinating to reimagine the movements that were created in the early years.

“We look at what we did 10 years ago and we cringe,” he said. When he and Glumbek watched videos of the piece, “you should have heard us, we were thinking, ‘Who choreographed that?’”

The pair have broken through many artistic walls since then in their respective careers, said Campanella, that they decided “this is not us anymore and so we are going to revisit it, reassess it, reevaluate what we’ve done and why.”

He pointed out that the original first movement was also created by a different cast. “There is only, I think, one [dancer] left who’s done everything. So, there are things that are born with a certain cast but there is a turnover of cast, [so] it will inevitably take a different direction naturally, as well as us being different now than 10 years ago.”

Part of what’s great about dance, he said, “is that you have the ability to remount things. A painting, once it’s done, it’s done. You’re going to hang it somewhere and you’ll look at it; it’s done, it’s over. For us, we have that ability to remount and re-look at it and say, ‘Who am I now that’s going to be in this current version of it?’ So, it’s been a very fascinating process.”

Campanella said, in creating The 9th, he and Glumbek “took our time because we really wanted to respect first and foremost the score of this magnificent piece of artwork,” referring to Beethoven’s composition.

In The 9th, more than one version of the symphony is used. Of those that were not chosen, Campanella said, “some of the versions are what we think are excruciatingly slow for us. Maybe they are amazing versions for musicians, for the experts, [but] they’re not conducive to the physical movement part of it.”

For tickets to The 9th, visit chutzpahfestival.com.