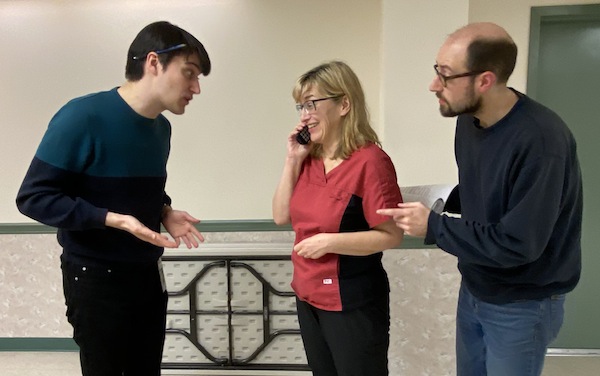 Winner of the Long Beach Playhouse New Play Contest and a finalist for the Woodward-Newman New Play Award, Men Overboard was written by Rich Orloff. After well-received readings and workshops in New York, Philadelphia, Long Beach and Dayton, the play comes to Victoria, where the première will be directed by Kevin McKendrick.

The play focuses on a bar mitzvah for a boy, Abraham, who doubts he’s ready to become a man. The event brings together Abraham’s politician father and the father’s two brothers, a therapist and a Buddhist monk. Add their fading but forceful father and Abraham’s bar mitzvah tutor, a woman who loves Abraham and possibly one of his uncles, and it’s easy to see that Abraham is torn between obedience and defiance of his father. Tensions grow, affecting everyone in the family, until anger becomes abuse and it becomes clear that the family’s status quo is no longer an option. Men Overboard asks “What makes a man?” as it explores the responsibility each of us has to protect the souls of those we love.