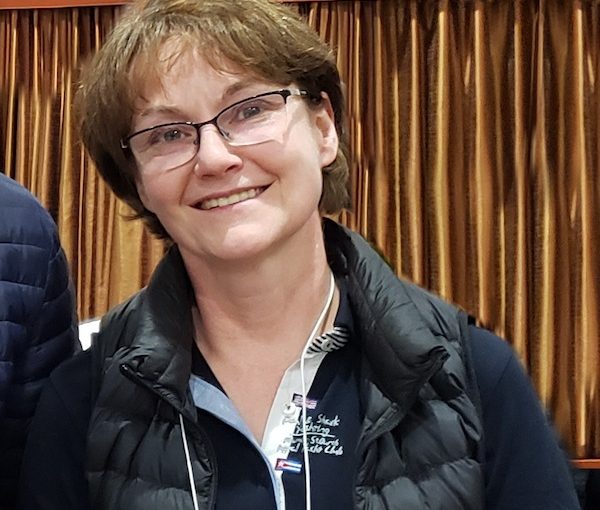 Many people love the TV show Jeopardy!, which can also be played as a board game and online. There is a variation of it in Russia, which developed independently from the American version. It, too, is hugely popular, not only on television, but there are Chto, Gde, Kogda (What, Where, When) clubs all over the country, and around the world – including here in Vancouver.

“Chto, Gde, Kogda is a game played by teams of five players and a captain,” explained Irina Zilberstein, president of the Vancouver club. “It was invented in the former USSR in the 1970s. Unlike other brain games, which often require lots of factual knowledge, this is a logic game, where a Grade 12 general knowledge of the world plus logic skills are sufficient to play.”

According to Zilberstein, during a game, several teams of six players compete with one another and with the audience. When a question is presented to a team, they have 60 seconds to discuss the possible answers among themselves before they voice the one response they all agreed upon.

“The televised show was very popular in Russia,” said Zilberstein. “In order to get on a team for the televised show, students started university clubs to practise for auditions.… When the USSR fell apart, many people missed the game. It continues on TV in Russia in its original format, but, here, people began creating their own Chto, Gde, Kogda clubs, where they played in tournaments against each other rather than against the audience.”

The Vancouver club was born 15 years ago. Populated by immigrants from the former Soviet Union and played exclusively in Russian, it grew slowly. “At first, we played in community centres, then at UBC, and then we moved to the Perez Centre, as they had a large and readily available space,” said Zilberstein. “For a long time, we had a maximum of five teams, each with six or more players. One of the many challenges, as the club grew, was that crew members brought in their friends, who all wanted to play together. The teams became too large.”

Eventually, the club split into two clubs. “Certain antisemitic attitudes emerged,” Zilberstein recalled. “Some players were mad that Jewish members didn’t want to play on Jewish holidays. The use of a Jewish centre as a meeting location also caused some hostility.”

Zilberstein became the president of the Russian Jewish club. “Our clubs are multi-age, anyone can join. We have teenagers, we have seniors. The game is played in Russian, but several enthusiasts are currently trying to convert it into English. This really helps to attract kids. The English translation and English version of the game are still in pilot stages, with notable leaders in Chicago, New York and San Francisco.”

She also mentioned that the most fascinating games occur when Russian-speaking teenagers, born in North America, participate.

“They consider English their first language and, because of that, they have a unique perspective, which contributes a lot to the teams’ logic and synergy,” she explained. “When they translate the questions in their minds into English, it gives an additional slant to the teams’ problem-solving discussion. The teens’ involvement means that, eventually, they’ll find a way to play in English.”

Zilberstein was proud to say that, right now, there is at least one Chto, Gde, Kogda club in all major Western cities where Russian speakers live, with a heavy concentration in North America, the United Kingdom, Israel and Germany and, of course, in Russia and the former Soviet republics, like Ukraine, Latvia, Uzbekistan and others.

“The biggest Canadian club is in Toronto,” said Zilberstein. “The next one is in Montreal, and the third one is in Vancouver. Most major U.S. cities have a club. The states with larger populations, like California, have 10 to 15 clubs.”

All the teams of all the clubs register with a centralized worldwide governing body, which ranks them internationally. Currently, there are about 51,000 registered teams in the ranking system; this count does not include the teams that play just for fun.

To get a ranking, teams compete. “We have many tournaments of varying sizes,” said Zilberstein. “There are country championships. If your team wins, you get to go to the world championship. There are also big tournaments that are played synchronously internationally, so that teams can compare with each other and get stronger.”

The pandemic has affected the tournament schedules and gatherings, as it has affected most every other aspect of life. “Pre-COVID, we would meet once a week on Sundays and play a tournament,” she said. “Those tournaments were of the online variety. You could register online and then get two or three days to complete the tournament. You had to sign an NDA not to discuss questions online for those days, to accommodate various people’s schedules and time.”

During COVID, they moved the games exclusively online, for safety. “It has actually been a lot of fun,” said Zilberstein. “People from all over the world have joined us for our games via Zoom. After COVID, we will resume playing in person, as that is essential to the cohesive team problem-solving.”

Zilberstein described some of the procedures and how the games work. “Certified question-makers help write the tournaments. There are amazing tournament-makers out there,” she said. “Each tournament usually has 36 to 45 questions, divided into three tours.”

People pay a small fee to participate in the clubs and in tournaments, and part of that money goes towards paying the people who put in the time and effort to create and fact-check the tournament questions.

Zilberstein has enjoyed playing Chto, Gde, Kogda since she was a university student in Russia. In Vancouver, where she has lived since 1999, she works in IT and, in her free time, plays Chto, Gde, Kogda. She also volunteers with JAM, an organization that tries to unite Jewish immigrants for whom English is a second language.

“What is great about this game is that it’s logic-based. No fact memorization is required,” she said. “It’s like gymnastics for your brain, and anyone can play. Often, you only need to know where to start the logical deduction of the question.”

Zilberstein offered an example of a question and its answer. “The question: in many folk stories, tears are compared to gems or semi-precious stones. Russians compare them to pearls; Aztecs to turquoise. What do Lithuanians compare them to? The answer is derived from a following logical progression. Lithuania is on the Baltic Sea. The Baltic Sea is famous for its amber, so the Lithuanian folk tales compare people’s tears to amber.”

She is sure that, as a team game, Chto, Gde, Kogda helps people develop essential life skills. “This involves synergy between team members. I’ve seen teams with superstar individual players, but they don’t have synergy, don’t know how to listen to each other, and end up losing. A big part of creating the synergy is up to the captain. The captain participates in answering the questions, but his or her main job is to make sure the team players listen and build on each other’s ideas rather than contradict each other. A team has to work together to win, and the captain is the key to that victory.”

Zilberstein has been the captain of her team for the past five years.

Anyone who wants to learn more or to participate in the game can contact Zilberstein via email at [email protected] or visit bc-vancouver.chgk.info. The club also has a Facebook and Instagram presence.