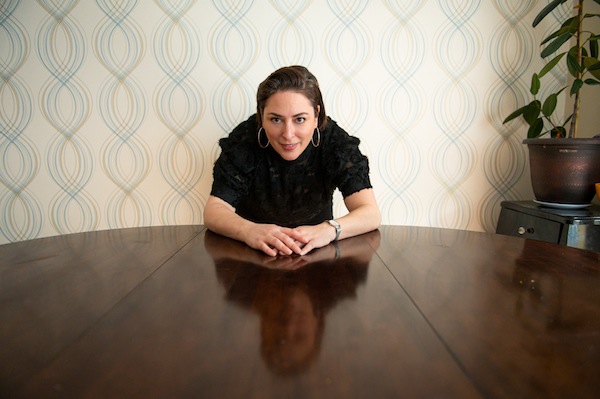 Vancouver vocalist, composer and arranger Andrea Superstein has a new song out. It’s cheerful, upbeat. And she will perform “Every Little Step,” which was released in March, live for the first time at this year’s TD Vancouver International Jazz Festival, which starts June 25 and runs to July 4.

“‘Every Little Step’ was my saving grace during the pandemic,” Superstein told the Independent. “I wrote it at a time when I was feeling really overwhelmed by the uncertainty that living through a pandemic brings. I was emotionally exhausted from listening to the daily press conferences and I just needed something good. I received a Digital Originals grant from the Canada Council for the Arts and that was the impetus.

“The song was inspired by the beautiful landscapes of B.C., which I experienced on a family camping trip to Nelson,” she explained. “We live in such a beautiful place and being able to spend so much time in nature really saved me during the pandemic. In a way, it’s my homage to B.C.”

Of course, Superstein couldn’t meet in-person with musicians to workshop the composition, so, she said, “I had this crazy idea to reach out to musicians across Canada (some of whom I’d worked with before and others who to this day I still haven’t met in person) to write, arrange, record and make a music video completely in isolation. It was wild! We didn’t have one rehearsal – we didn’t even have a group Zoom meeting. Elizabeth Shepherd and I wrote and arranged the song together over Zoom and we communicated some ideas to each specific player and they self-recorded (audio and video) from their home studios. And we made a super-fun music video for it, as well.

“The more I think about it, I can’t even believe what we accomplished. I love the song so much! The vibe is a super feel good ’90s groove but, symbolically, it was so meaningful because, despite all being trapped at home, we found a way to be together in this weird virtual way. It was transformative for me.”

On the video, Superstein and Shepherd’s song is performed by them, with Superstein on vocals, Shepherd on keys, Carlie Howell on bass, Isaac Neto on guitar, Colin Kingsmore on drums and Liam MacDonald on percussion. For the jazz festival performance, Superstein will be joined by Chris Gestrin (keys), Nino DiPasquale (drums) and Jodi Proznick (bass).

“I’m so happy to be playing with them,” said Superstein. “They each offer such a unique perspective to the music and they’re all wonderful humans!”

The show is on July 4, 7 p.m., at Pyatt Hall and will be streamed on Coastal Jazz & Blues Society’s YouTube channel, she said. “Regarding a possible audience,” she added, “the festival is closely monitoring all provincial health orders and will make a decision on indoor audiences after the next provincial health update on June 15.”

Superstein is looking forward to being able to perform live again.

“I miss that special relationship that is forged during live performance,” she said. “There is something truly magical about collectively experiencing a moment in time that can never be recreated. That being said, I am blown away by the digital innovation that has emerged during the last year-and-a-half to keep the arts alive, and I attended some amazing concerts and theatre this year.

“As for me, it’s been relatively quiet on the performance front. I did a livestream concert through Or Shalom’s Light in Winter series in early 2021, which was so incredible. Other than a few other small things, I’ve been keeping it pretty low key, slowly working away at composing new music and taking my time with life.”

Playing at the jazz festival, she said, “I think it will be an incredible way to give momentum to many of the creative ideas I’ve been sitting with these past two years and a great chance for music lovers to reconnect, seeing as it’s been some time since my last performance.”

The last time that the Independent interviewed Superstein was in January 2020, just before the pandemic hit in full force. Among other things, she spoke about her then-new album, Worlds Apart, which she had described to CBC as having the themes of “the pain of being in a one-sided relationship, the loneliness of technology, and positivity in times of destruction.”

“As an artist, I like to observe life and then transform those observations into stories. I think this was helpful for me at the beginning of the pandemic because my curiosity was heightened, there was so much unknown,” she explained. “I found that to be both scary and exhilarating. I was also trying to figure out how to homeschool a 5-year-old while teaching full-time online without completely unraveling. So, creativity, flexibility and leaning in helped me survive most of 2020. Those are definitely skills that I use a lot as an artist. Truthfully, though, I don’t think anything could have prepared us for the pandemic.”

In addition to the new song “Every Little Step,” Superstein has started working on a new album, which she is hoping to release in late 2022.

“It’s a huge undertaking,” she shared, “with lots of moving parts, culminating in a multimedia performance. It will showcase collaborations with Elizabeth Shepherd, whom I treasure, and my dear friend Ayelet Rose Gottlieb (who you have featured before), among others. There’s also upcoming opportunities for non-musicians to be involved in the process, so people can stay in touch with me over social media if they want to know when and where that’s happening.”

As for her upcoming performance, she said, “In terms of what people can expect from the show, we’ll be doing some brand-new arrangements and compositions, a few gems from Worlds Apart, as well as a few old favourites. Like a true Superstein show, I’m going to take the audience on a sonic journey, whether that’s direct from Pyatt Hall or from their living rooms, it’s going to be a celebration!

For tickets ($11) to Superstein’s July 4 concert or any of the jazz festival’s more than 100 virtual events, visit coastaljazz.ca. There will be performances by local artists, as well as streams from New York, Chicago, Philadelphia, Amsterdam and Paris; free online workshops; club performances; and a continued partnership with North Shore Jazz. All streams will be available until midnight on July 6. 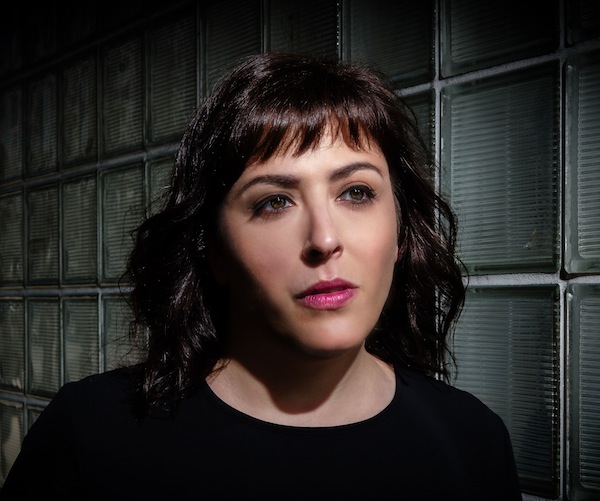