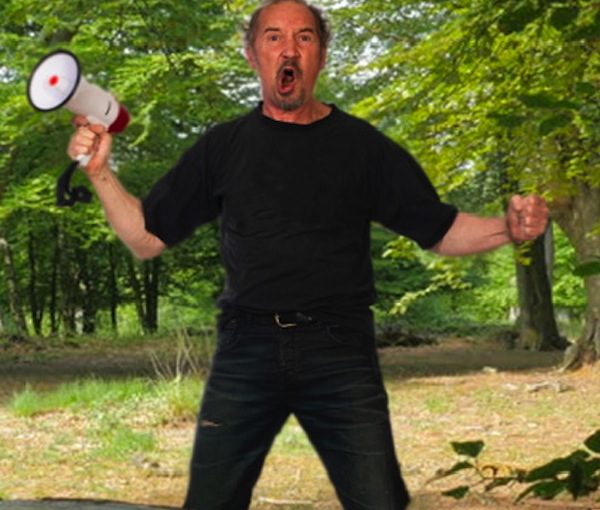 Character actors are like wine – they only get better with age. Nowhere is this more evident than in the United Players production of English playwright Alan Bennett’s satirical farce People, currently playing at Jericho Arts Centre. Directed by Jewish community member Adam Henderson, it’s cheeky fun served up English style.

Two sisters, Dorothy (Christine McBeath), an aging former model, and June (Kate Robbins), an archdeacon of the local church, have to deal with the decay of their 500-year-old Yorkshire ancestral home, Stacpoole Manor. Dorothy, who lives in the home with her companion Iris (Nancy Amelia Bell), wants to sell off the contents to a London auction house, while June wants to endow the house and its grounds to the National Trust.

In the meantime, Dorothy, unbeknown to June, opts to let Mr. Theodore and his company into the home to make their film.

Of course, during the shoot, the bishop (Hamish Cameron) makes an appearance with June to check out the home – luckily, he was having trouble with his new specs and could not really see what was going on. If you haven’t had your fix of double entendres for the night, these scenes ought to satisfy you.

McBeath and Samples are superb, and Bell really brings out Iris’ dotty character. Collectively, the actors – many of whom are ex-pat Brits so the accents are authentic – make it all work. The fact that at least half of the cast is over 65 adds to the reality of the production.

The set morphs from decrepitude and decay into sophistication and grace. Kudos to Marcus Stusek for this work and to Marci Jade Herron for her costume designs, from shabby chic for the Stacpoole women (mink coats and sneakers) to edgy togs for the film actors. Charming song and dance routines and nostalgic music from the 1960s (think “Downtown” and Petula Clark) complete the mix.

In the media release, Henderson notes, “We really don’t treat age with much respect, and it’s a youth-obsessed culture. This play goes a long way in dealing with those issues.”

So, you can take the opportunity for deep consideration of contemporary issues or you can just sit back and enjoy a good laugh. Your choice.