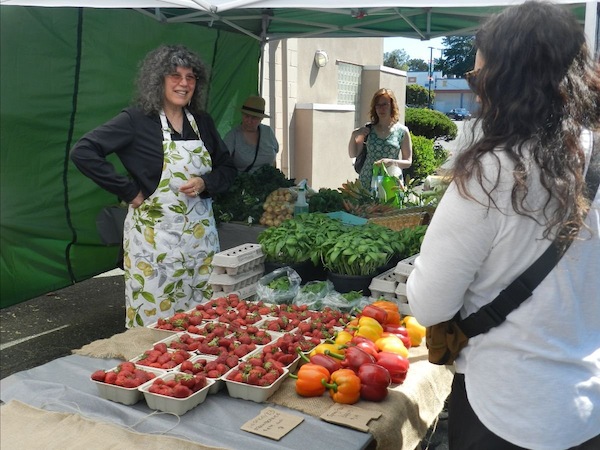 Jewish Family Services Vancouver Island will extend its hours for the Sept. 18 community resource fair that launches the Jewish Federation of Victoria and Vancouver Island’s annual campaign this year. (photo from jfsvi.ca)

The Jewish Federation of Victoria and Vancouver Island (JFVVI) is trying something a little different for its annual United Jewish Appeal campaign launch this year. On Sept. 18, they will celebrate Jewish diversity in British Columbia with a community resource fair. The event will be held at the Jewish Community Centre of Victoria, from 1 to 4 p.m., and will feature presenters from both Vancouver Island and the Lower Mainland.

“We are changing things up this year,” said Coral Grant, executive director of JFVVI. “Usually, we have a guest speaker. The past few years, it has been on Zoom. This year, we wanted to reach the wider community by having a launch we could do in person. We are really hoping that, with this fair, we can encourage people to come out and see what is available in the Jewish community in British Columbia, as well as locally.”

As it does every year, the JFVVI campaign runs from Sept. 1 to Dec. 31. Mailings and outreach through fliers to members of the community are currently underway and, soon, volunteer canvassers will continue these fundraising efforts. For 2022/23, the campaign’s objective is to raise $175,000 – or $10,000 more than it did in 2021/22. The previous year’s campaign exceeded its target, as it included a separate campaign raising funds for Ukraine.

The response to the call for fair presenters was tremendous – JFVVI quickly ran out of available display space at the Victoria JCC. The fair will take place in the main area of the building, the same location as the Lox, Stock and Bagel Deli, which ordinarily operates Tuesdays to Fridays, 11:30 a.m.-1:30 p.m.

Many of the 20 tables will be operated by representatives from Vancouver-area organizations, such as the Jewish Museum and Archives, the Jewish Federation of Greater Vancouver, the pluralistic Jewish teen movement BBYO, the Canadian Jewish Political Action Committee (CJPAC), Birthright Israel and March of the Living.

Among the local groups will be the JFVVI, the Victoria Jewish Choir, PJ Library, the Victoria Shoah Project, Canadian Hadassah-WIZO, the Centre for Israel and Jewish Affairs (CIJA), the Jewish Burial Society, the theatre group Bema Productions and the Hebrew school from Congregation Emanu-El. All of the Victoria congregations – Chabad of Vancouver Island, Congregation Emanu-El and Kolot Mayim Reform Temple – will be participating and the Mekorah Institute, co-founded by Rabbi Matt Ponak and dedicated to bringing integrated and sustainable spiritual transformation to individuals and religious lineages, will be there, too.

At the fair, the Victoria JCC will highlight the Victoria International Jewish Film Festival, now in its eighth year, which takes place both online and in person at the Vic Theatre in downtown Victoria Nov. 1-6. Jewish Family Services Vancouver Island, which sells fresh produce at wholesale prices every second Sunday in the summertime from the JCC parking lot, will extend its hours for the occasion.

Recent estimates on the size of the Jewish community in Victoria range from 1,500 to 3,000 people. One point on which most can agree, however, is that, whatever the number, it has been increasing. The city is now home to three synagogues, a secular humanist group, a kosher bakery and numerous other organizations and social and cultural activities.

“There are a lot of folks who have moved here recently, and it may be interesting for them to find out what is happening here,” Grant said. “For the locals, having some of the organizations from the Mainland may be an eye-opener. We are really hopeful that, in covering a broad spectrum of organizations, the community will find something which is new and exciting for them.

“I am really excited,” she said, “because this is an in-person gathering and I’m excited that we have been able to collaborate with people on the Mainland to showcase the diversity in the province and bring some of that to the Island. To do this as a campaign launch is kind of a novelty for us and, hopefully, it will all come together and work.”

About to embark on its 36th year of operation, JFVVI is the umbrella organization of the Jewish community in the capital region and Vancouver Island. It raises funds for local groups and supports organizations, individuals and families both regionally and in Israel with grants and scholarships and through partnerships with community leaders. It coordinates, plans and promotes social, educational, cultural, health and welfare programs and activities in the Jewish community. The JFVVI is committed to building strong, vibrant Jewish communities throughout the Island.

For more information about how to donate to the Jewish Federation of Victoria and Vancouver Island, visit jewishvictoria.ca.