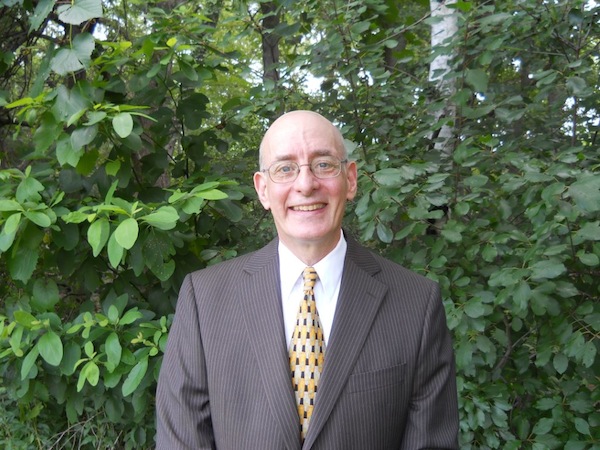 Prof. Ira Robinson of Concordia University’s Institute for Canadian Jewish Studies teaches a wide range of students about the Holocaust and antisemitism. (photo from Ira Robinson)

Ira Robinson is the director of Concordia University’s Institute for Canadian Jewish Studies and a professor of Judaic studies in the department of religions and cultures. A strong believer that an educator shouldn’t teach the same course in the same way year after year, he is always looking for new ways to reach students of all ages.

Born in Boston, Mass., Robinson moved to Montreal with his wife, Sandra, 40 years ago.

“I came to Canada because Concordia offered me a job, and I landed in the right place at the right time,” he told the Independent. “Academics don’t always have a complete choice of where they are going to settle. I came to Montreal and Montreal has a large and interesting Jewish community and a tremendously interesting bilingual culture.”

Though Robinson had never envisioned writing a book about antisemitism or the Holocaust, he did so, publishing A History of Antisemitism in Canada in 2015.

Robinson was trained by students of the late Salo Baron, a Polish-American historian, who once said, “If you want to understand the totality of Jewish history, you have to take into consideration that the pogroms and the massacres take only an infinitesimal amount of time, even though they wreak great havoc.”

According to Robinson, “Ninety-nine percent of the time, we’re dealing with normal life…. Baron and his students decided to look at the Jews as they had lived and not as they had died. That was the lesson that I took.”

For Robinson, this meant he would have to determine his own take on the history of antisemitism in Canada and, hence, “I came out with the book.”

Robinson starts many of his courses by telling students that there is nothing he is going to teach them that is not completely denied by somebody, somewhere. With this message, he is stressing that what he is about to teach is his perspective on what took place.

In looking at the history of antisemitism in Canada, for example, Robinson tried to contextualize the reasons Jews were looked at as guests in the 1920 and 1930s in Canada.

“What I did in this book is create a continuous narrative on antisemitism in Canada from the 18th century through to the present,” he explained. “There have been many very good studies on various aspects of antisemitism in Canada, the most famous of which is [Irving] Abella’s and [Harold] Troper’s None is Too Many. This academic book uniquely made a difference in the political discourse of Canada. Now, whenever anyone debates a refugee issue in Canada, the phrase, ‘None is too many,’ is sure to come into the discourse or debate at some point. That was a great success, but the book only concentrates on the 1920s to the 1940s, and mainly focuses on the Canadian federal government.”

Since the research for Robinson’s book was completed in 2014, antisemitism has increased, he said. For that reason, he decided to find ways to teach about the problem to younger children, kids in grades 4 to 6.

“It presents a challenge, because I have to begin with who they [antisemites] are and where they are,” said Robinson. “And so, I started by talking with them [the kids] about bullying, because bullying, as you understand, is something that kids know about and people talk to them about it.

“If you see somebody bullying somebody else, what are you supposed to do? If you can intervene, you should intervene. If you need to call somebody in a position of authority, you call somebody…. So, I said, ‘imagine that there are kids and you can bully them and nobody is going to stop you. And imagine that, if somebody goes to a person of authority, they will just say, ‘Good for you!’”

Robinson took it a step further, creating a PowerPoint presentation focusing on the wearing of the yellow Jewish star that was imposed upon Jews.

Robinson gave this presentation in a public school and, as far he knows, there were no Jewish students in the classroom. “I am used to talking to a wide range of people,” he said. “And, in my university classes, for instance, I do expect Jews to enrol, and they do. But, I also expect Muslims and Christians to enrol, and they do, and everybody else, too.”

In Robinson’s view, the challenge of finding ways to disseminate the information effectively is always a worthwhile exercise.

“There are lots of people involved in Holocaust education and I think a lot of them are spending a lot of effort introducing and assisting in educating about the Holocaust in public school systems. The problem, as always, is not lack of good will,” he said, “but that the schools are under great pressure from a whole bunch of different directions. What should our children study? And the mega trend, not merely in public schools, but also in universities, is moving away from the social sciences and humanities, and focusing on other subjects.”

As far as teaching methods regarding the Holocaust and antisemitism, Robinson said, “I think I am able to speak with more depth, because you can’t teach the same course in the same way for decades. You have to develop a scholarly understanding as the field develops and, so, my teaching is informed by my reading and my reading continues to inform me.

“And my power is that I am able to direct students to certain books, certain articles and certain films that I think will help them develop their sense of things. But, before I can even do that, before I can guide anybody, I have to find the things myself, first and foremost.”