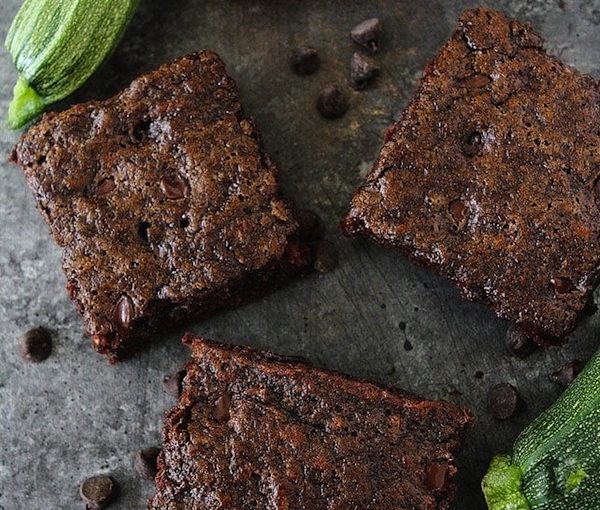 They don’t make ’em like they used to. And, almost without exception, recipes from yesteryear are tastier, precisely because they’re reminiscent of gentler times. When I think Rice Krispie squares, I recall sitting on our old brown couch in the den, watching Ed Sullivan with the whole family. And I longingly remember eating Mom’s cheesy broccoli soufflé during Rosh Hashanah. Or, I’m back in 1966, enjoying a mountain of fried onions with my mother’s world-class chicken livers. And those salmon patties! And how about that creamed tuna in patty shells? Does anybody even eat this stuff anymore? If not, it’s a crying shame.

Maybe it’s a longing for those days when you could send your children out into the neighbourhood armed with only roller skates, in the certainty that they would be back, safe and unharmed, for lunch (or dinner, depending). A time when TV dinners were acceptable and ubiquitous. (I especially liked the one with fried chicken, corn, peas and tiny, unnaturally square carrots, mashed potatoes and canned pears/peaches.) I remember when an hourglass figure was desirable, and women actually ate to their fill. Of course, most of them smoked, too, but that’s a whole other column. I’m talking food right now. Uncomplicated, unapologetic, unfussy food. Anybody remember chip steaks? How about fondue? Sloppy Joes? Pineapple upside down cake? Aspic (now that’s one heinous creation)?

What’s old can always be new again. Especially if you’re willing to look the other way when it comes to nutrition, calories and cholesterol. Some of my favourite desserts are classic 1950s and ’60s numbers. In other words, any recipes that call for Jello or Dream Whip. And, preferably, have fewer than five ingredients.

My dad, alav hashalom, loved one particular dessert I made. Not that my repertoire was so enormous back then, but, still, it was always a winner with Dad. He’d take one bite and look at me like I’d just discovered fire. It was an easy (understatement of the millennium) recipe given to me by a woman I used to work with when I was a librarian at West Kildonan Library, in the North End of Winnipeg. Naturally, I just call it Liz Westlake’s Jello Dessert. I don’t make it very often, because I’m afraid of being shamed by my fancy foodie friends. But, occasionally, I break down and splurge. Let it be known, however, that no one – I repeat, no one – ever turns down a second piece of this dessert. It’s quaint, refreshing and … old-fashioned.

Preheat oven to 375°F. Mix the Graham cracker crumbs together with the melted butter and brown sugar and pat it into the bottom of a springform pan. Bake for five to seven minutes.

Make the Jello according to the instructions on the box and, when half congealed, but still smooth enough to stir (approximately 1 1/4 hours), add the drained fruit cocktail to the Jello and mix it together. Pour this on top of the Graham cracker crust and refrigerate until completely firm. (If you want to get really fancy shmancy, you can put whipped cream on top. I don’t – I’m a purist.)

Even the most kitchen-challenged soul can make this dessert. And I guarantee it’s a winner, especially on a hot day. Once again, you’re welcome.

Now to a sturdier sweet – the ubiquitous chocolate chip zucchini brownie. Anyone who grows zucchini knows that it can take over your entire garden. If you let it. This is all hearsay, of course, since I’m known far and wide to have a black thumb. But I read a lot. And I’ve heard of people whose gardens produce so much zucchini that they sneak out in the dead of night and drop bags of zucchini on neighbours’ doorsteps, then flee into the darkness, nary a trace of their identity to be found. Personally, I just buy mine at Safeway. But I’m getting off track. This dessert is easy, healthy (OK, let’s just say it’s in the general vicinity of health) and satisfying for those with a hankering for chocolate.

In an electric stand mixer, or using a hand mixer, combine the sugar, oil and flour. It will look dry, but that’s OK. While mixing on low speed, add the cocoa, shredded zucchini, vanilla, salt and baking soda. Mix until well combined. Stir in the chocolate chips.

Pour the batter into the greased pan and bake for 28 to 32 minutes or until a toothpick inserted in the centre comes out clean. The brownies should look set, not mushy. Cool completely on a wire rack. Cut into squares and serve.

Don’t even consider asking me how many calories there are in one square. Think of it as a serving of vegetables. I mean, there is something green in there. Beigey-green? For goodness sake, just enjoy, and stop with the guilt. They’re a nice, moist alternative to regular brownies and you get to feel all high and mighty because they’re [semi] healthy.

If neither of these desserts float your boat, try making your own popsicles. Nothing spells old-school quite like those plastic popsicle molds with the multi-coloured tops. You can over-spend and get the molds at one of those highfalutin, hoity-toity kitchen stores, or you can rock it like it’s 1964 and buy them at your local dollar store. I chose Door #2, and it works just fine. (There’s also the ice-cube tray option, with toothpicks as the popsicle sticks.) There are a gazillion recipes for popsicles on the internet, most of them calling for Greek yogurt, frozen fruit, juice and honey. Check ’em out and keep cool.