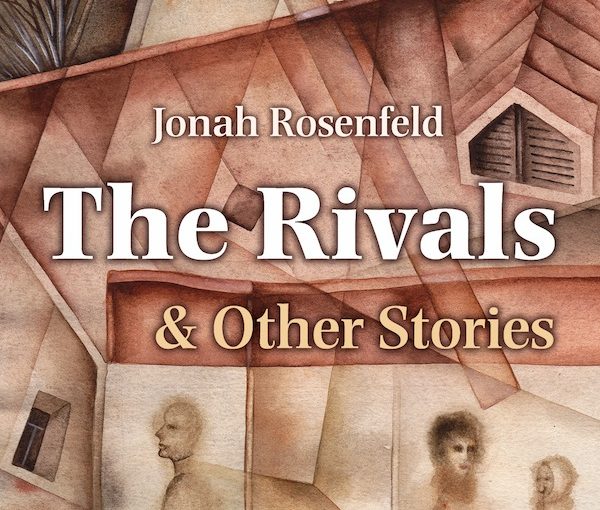 A husband competes with his oldest daughter for his wife’s affections, a man ponders whether he is more attracted to a 10-year-old girl or her divorced older sister, a woman has an abortion she didn’t necessarily want, a young man violently rebels against his abusive father. Jonah Rosenfeld tackles difficult subject matter in his short stories, with no compulsion to solve any particular problem or correct behaviours, but to explore the thoughts and feelings of his characters, and thereby offer insight into parts of humanity that we may shy away from contemplating. English readers can now access these stories and ideas, originally conceived in Yiddish, thanks to a newly published translation by Langara College’s Rachel Mines.

The Rivals and Other Stories (Syracuse University Press, 2020) comprises 19 of Rosenfeld’s stories. Born in Chartorysk, Russia (now, Chortorysk, Ukraine), the prolific writer lived from 1881 to 1944, immigrating in 1921 to New York, where he was a major contributor to the Forverts. In total, he wrote 20 volumes of short stories, a dozen plays and three novels. Rosenfeld’s “stories provide a corrective to the typical understanding of Yiddish literature as sentimental or quaint,” writes Mines in the book’s press materials. “Although the stories were written decades ago for a Yiddish-speaking audience, they are surprisingly contemporary in flavour.”

The first Rosenfeld story Mines read, in Yiddish, was The Rivals (Konkurentn), six or seven years ago. “I’d only been studying Yiddish for a few years at that point and was reading to improve my language skills,” she said. “I was so impressed with the story that I decided, just for practice, to translate it into English. Later on, I found out that an English translation had already been published in [Irving] Howe and [Eliezer] Greenberg’s A Treasury of Yiddish Stories, but, by then, I was hooked on both Rosenfeld and Yiddish translation.”

Mines was a Yiddish Book Centre Translation Fellow in 2016 and The Rivals was her translation project during that fellowship year. “I’d already translated several stories before that, but 2016 was when everything started coming together in terms of improving my skills as a translator,” she said.

The project was her own idea, not work assigned by the Yiddish Book Centre, although the centre did support it.

“I should also mention,” she added, “that Vancouver is a veritable hotbed of Yiddish translation (who knew?), with a number of active translators, all of whom have been helpful at various times. Helen Mintz, in particular, was a huge inspiration and support. Her book of translations, Vilna My Vilna, a collection of Abraham Karpinowitz’s short stories, was published (also by Syracuse UP) in 2017. Helen and I spent several years together on Skype, regularly workshopping each other’s translations and helping each other out with advice and information. We’re still doing that, in fact.”

It is his exploration of the psyche that attracts Mines to Rosenfeld’s work.

“I’m interested in psychology – always have been – and particularly in people’s unconscious, and sometimes counterintuitive, reasons for thinking and behaving the way they do. So Rosenfeld’s insight into the darker corners of the human mind was an instant draw. I should say that his stories stand up very well to many current theories of human thought and behaviour. For example, the protagonist of The Rivals is a classic malignant narcissist – he ticks all the boxes. It’s interesting to note that Rosenfeld’s story was first published in 1909, several years before Otto Rank’s and Sigmund Freud’s theories of narcissism came out. Rosenfeld was an intuitive psychologist, and a very perceptive one.

“Another reason Rosenfeld’s stories appeal to me is that they work very well in a 21st-century, multicultural setting,” she said. “I’ve taught a number of the translations to first-year students at Langara, and students are attracted by his stories’ takes on immigration, women’s rights, male-female relationships, generational conflict, culture clash – this list goes on. Clearly, these ideas are as relevant today as they were when the stories were first written.

“Finally, I like Rosenfeld’s attitudes to his characters, even the less admirable ones. He seems interested in and sympathetic to their dilemmas; as an author, he doesn’t judge or blame his characters – he leaves that up to his readers. I like that Rosenfeld is more interested in exploring his character’s situations and psychology than he is in blaming or moralizing.”

Mines, who is retiring this year, taught in the English department at Langara College since 2001. One of the department’s main offerings has been a first-year class on the short story, she said. “Around the time I started translating, I started introducing stories with a Jewish theme to my classes. A bit to my surprise, despite coming from non-Jewish backgrounds, my students found the stories interesting and engaging, so I gradually added more and more stories with Jewish content. The last few years, I’ve been teaching Rosenfeld’s stories exclusively. My students love the stories and readily identify with (or at least understand) the characters and their predicaments. We’ve had many lively discussions!”

In an introductory chapter to The Rivals, Mines poses several questions she hopes keen PhD students or other researchers will take on, including where Rosenfeld’s place might be in the American literary canon. With the disclaimer that she is “just a lowly translator,” Mines said, “But, if pressed for an answer, I’d have to say it’s Rosenfeld’s psychological insights. He’s not entirely unique – other Jewish and/or American authors of his time were psychologically astute and wrote compelling character studies. But Rosenfeld went a bit beyond, in that his stories are almost Greek tragedies – his protagonists fail in their quests (for love, belonging, security, etc.) not because of external forces, but because of some internal, self-defeating habit of thought that they may not be consciously aware of. Rosenfeld isn’t the only author to explore this type of psychological dichotomy, but he does so very consistently.”