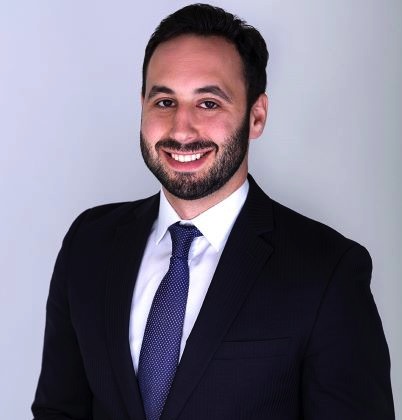 Zach Segal will represent the Conservative party in the Oct. 21 federal election in the riding of Vancouver Granville. (photo from Zach Segal)

While Conservatives across Canada will spend the weeks leading up to the federal election reminding voters of Jody Wilson-Raybould’s excoriating of her former leader, Prime Minister Justin Trudeau, one Tory candidate will likely be downplaying the Vancouver MP’s star turn before a parliamentary committee.

In July, Zach Segal won the nomination to represent the Conservative party in the Oct. 21 federal election in the riding of Vancouver Granville. The incumbent, Wilson-Raybould, was elected there in 2015 and immediately was appointed minister of justice and the attorney general of Canada. In January of this year, she was shuffled to minister of veterans affairs and, less than a month later, resigned from cabinet.

Wilson-Raybould was thrown out of the Liberal caucus after testifying before the House of Commons justice committee about pressure she said she experienced from the prime minister’s office over an ongoing investigation into Quebec-based SNC-Lavalin, the largest construction company by revenue in Canada. The resulting scandal sent the governing Liberals tumbling in opinion polls, and they are now generally neck-and-neck with the Conservatives in most surveys. Wilson-Raybould is seeking reelection as an independent.

“If you are upset with Justin Trudeau and you want to kick the Liberals out of Ottawa, the only way to do that is to vote for Andrew Scheer and, if you live in Vancouver Granville, to vote for Zach Segal,” he told the Independent.

The riding cuts a swath through the city, from the Fraser River almost to False Creek and roughly from West Boulevard to Cambie, also encompassing the area north of 41st Avenue west of Main Street and west of Ontario Street to 2nd Avenue. Almost all of the city’s Jewish communal organizations are located in the riding and many of the city’s Jewish residents live there.

Segal graduated from the University of British Columbia in 2011, with a major in political science and a minor in history. He went to Ottawa on an internship arranged through the Centre for Israel and Jewish Affairs.

After the internship, Segal continued working with Manitoba Conservative MP James Bezan, who was parliamentary secretary to the minister of defence. He later became spokesperson for then-transport minister Lisa Raitt.

When the Conservatives lost the 2015 election, Segal opted to return to Vancouver. He got a job with the Canada Mortgage and Housing Corporation, which has a mandate to help Canadians access affordable housing options.

“I was very interested in housing but still interested in the government and policy world,” Segal said. “I wanted to learn more about housing so I thought a job at the Canada Mortgage and Housing Corporation would be a good opportunity because it was a Crown corporation – it wasn’t part of the federal public service, it was separate – so I thought that would be a good opportunity to get into the housing world and learn more.”

On leave since he announced his candidacy for the nomination in the spring, Segal is part of the CMHC marketing team, publicizing programs and opportunities for nonprofits, the private sector, developers and others, such as low-interest loans.

Faced with a splintered group of candidates in what will probably be one of the most closely watched races in the country, Segal is confident he can win.

“I really think I can actually win and I think that’s the most important thing,” he said, adding that the agenda in the city has largely been dominated by the left.

“I want to show that maybe we have some conservative solutions to some of these big problems that Vancouver is facing,” he said. “My big issues are all packaged into one. I think they all go together. I think everyone’s very interested in housing, in transportation, affordability and the economy. If we can solve transportation infrastructure, maybe it could help reduce pressure on housing because we could build further out and, if we could grow our economy and have better opportunities, people here could make more money and that would solve some of the issues around affordability. Certainly housing, I think we need to look at different ways of solving this, rather than the current proposals. Vancouver’s average wages are some of the lowest in Canada but we have some of the highest average home prices in Canada. I think that’s where one of the problems lies. We need to start looking at how we can grow our whole economy, and Vancouver subsequently, with better jobs and higher wages.”

He said his four years in Ottawa equip him to be an effective MP.

“A lot of people have this idea that, if you’re on the backbench, you can’t do anything, but the MP I worked for was so diligent and committed to issues that he was able to bring them to the floor of the House of Commons,” said Segal. “He was constantly tabling motions, private member’s bills, he was constantly getting his foot in the door of the prime minister’s office and he made sure that, even though he was a backbencher, he got all these prominent issues to the forefront of public policy. That was very inspiring. It’s a good message that you can accomplish things as a member of Parliament.”

As a Jewish candidate, Segal has been hearing from voters that they respected former prime minister Stephen Harper’s approach to Israel.

“Jews and non-Jews alike tell me that they deeply respected how Stephen Harper and the Conservative government stood up for Israel on the world stage,” he said. “They just liked seeing a politician stand on principle and not be bullied and stand up – quite frankly – stand up to the world, stand up to the UN. People really liked seeing that and I think they like leaders who show their true colours, and want to see that back in Ottawa.”

Segal, who attended Richmond Jewish Day School and graduated from Steveston High, went to Israel on a Birthright trip in 2008.

“You always know Israel is small but, until you’re there and you travel the country in a short period of time, you don’t realize how small it is,” he said. “When people talk about Israel’s security concerns, it’s not just a platitude. It’s a tiny country. When you visit Israel, you take tours of the Golan Heights. You can see Hezbollah outposts. Now, if you are there, you can see maybe even ISIS outposts in Syria. It’s this remarkable, tiny country, this outpost of vibrancy and Western democracy that somehow is bordering some of the most extreme elements of the world right there on its border and you really appreciate its security concerns being there.”

Back on local doorsteps, Segal said voters are asking whether they can trust their leaders.

“They see Justin Trudeau taking care of his friends. He had this big gift to Loblaws for retrofitting some fridges and they’re taking care of Irving and SNC, but, if you’re a small business owner, you’re left to fend for yourself,” said Segal.

In addition to Segal and Wilson-Raybould, Vancouver Granville voters will consider the Liberal candidate, tech entrepreneur and investor Teleeb Noormohamed, the NDP’s Yvonne Hanson, a climate activist, and Green candidate Louise Boutin, a realtor. The fledgling People’s Party of Canada has nominated Naomi Chocyk, who, at one point, was employed as a constituency assistant in Wilson-Raybould’s office. More candidates could enter the race before the close of the writ period.