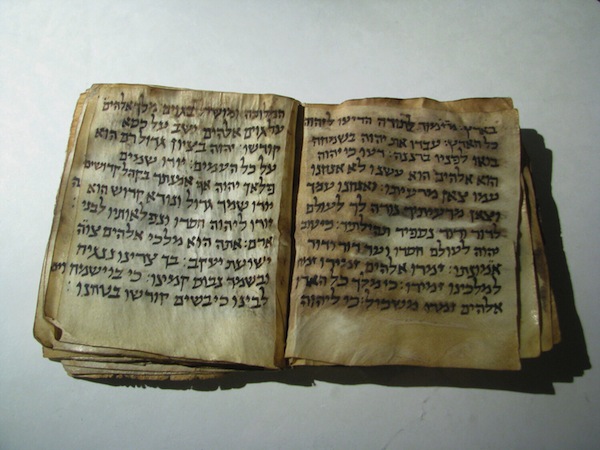 The National Museum of Afghanistan, established in 1919 at the former Bagh-i-Bala royal palace overlooking Kabul, reflects both the multifaith heritage and tortured history of the Central Asian country that once dominated the Silk Road linking Europe and East Asia.

Following the outbreak of Afghanistan’s civil war in 1992, the museum was repeatedly shelled. It suffered heavy damage in a May 12, 1993, rocket strike. The combination of Taliban mortars and looters resulted in the loss of 70% of the 100,000 prehistoric, Hellenistic, Buddhist, Hindu, Zoroastrian, Islamic and Jewish objects once in its collection. Those pilfered artifacts flooded antiquities markets in London, Paris, New York and elsewhere. Now, the pro-Western regime of President Ashraf Ghani Ahmadzai – formerly an anthropology professor at Johns Hopkins University in Baltimore, Md. – wants its cultural legacy returned. Among the treasures it is seeking to repatriate is a 1,200-year-old siddur (prayer book) – the world’s oldest Hebrew manuscript after the Dead Sea Scrolls.

“It is our responsibility to get back our ancient treasures,” said Abdul Manan Shiway e-Sharq – the country’s deputy minister for information and publications in the Ministry of Information and Culture – in the first-ever on-the-record interview between an Afghani official and an Israeli journalist.

Shiway e-Sharq said photos of the ancient siddur in Kabul’s National Museum, dating from 1998, contradict the ownership documents provided by the Museum of the Bible in Washington, D.C. The MotB says it bought the siddur in 2013 from antiquities dealers in the United Kingdom who provided provenance documents showing the manuscript had been in Britain since the 1950s. The MotB paid $2.5 million for the prayer book. Though Shiway e-Sharq appraised the unique volume at $30 million for insurance purposes, it truly is priceless.

The prayer book may have belonged to the Radhanites, a little-known group of medieval merchants, some Jewish, who traded along the Silk Road linking Christian Europe, the Islamic world, China and India during the early Middle Ages. The Radhanites’ entrepôts and Afghanistan’s early Jewish community were likely destroyed in the 12th and 13th centuries, as the Mongol Empire grew from the steppes of Mongolia to extend from Europe to China.

Responding to a query, MotB’s chief curator Jeff Kloha said the museum will share results of an investigation when completed.

“As noted on the museum’s provenance research web page, museum staff continues to work with external scholars and experts to research this item’s historical and religious significance, as well the item’s history in (apparently) Afghanistan and later Israel and the United States,” Kloha said. “That research is progressing and nearing completion.”

The allegation that the MotB’s rare Afghan Hebrew prayer book is another ancient Near Eastern treasure that was smuggled out of its country of origin is the latest in a series of scandals about looted and forged antiquities that has rocked the Museum of the Bible since its 2017 opening.

The MotB recently shipped 8,000 clay tablets back to Baghdad that may have been taken from the Iraq Museum in 2003, when looters overran it during the American invasion that toppled Saddam Hussein. At the end of January 2021, the U.S. Department of Homeland Security returned 5,500 papyrus fragments from the MotB with “insufficient” provenance to Egypt’s Ministry of Tourism and Antiquities, concluding Cairo’s efforts since 2016 to regain its antiquities. And, the museum has acknowledged that all of the Dead Sea Scroll fragments it acquired are forgeries.

MotB founder Steve Green, an evangelical Christian whose family owns the Hobby Lobby craft store chain, and chief curator Kloha have worked to tighten the museum’s acquisition policies after the U.S. government reached a settlement with Hobby Lobby in 2017 requiring the chain store to pay a $3 million fine for illegally importing ancient artifacts.

Leon Hill, the in-house counsel for Transparent Business Solutions, a Dutch company that specializes in corporate integrity management, is keen to see a resolution to the dispute over the ancient siddur. He is dismissive of Green’s explanation that he and Kloha are novices in the museum business and the acquisition of artifacts. “They can’t continue to say that. They’re no longer new. They have a duty to know better. They have a duty to the history and heritage of the artifacts they purport to protect.”

He accused the MotB of “cultural imperialism.” He said, “We hope that we won’t need to be hired by the Afghan government, and that the Museum of the Bible will do the right thing in the right way quickly.”