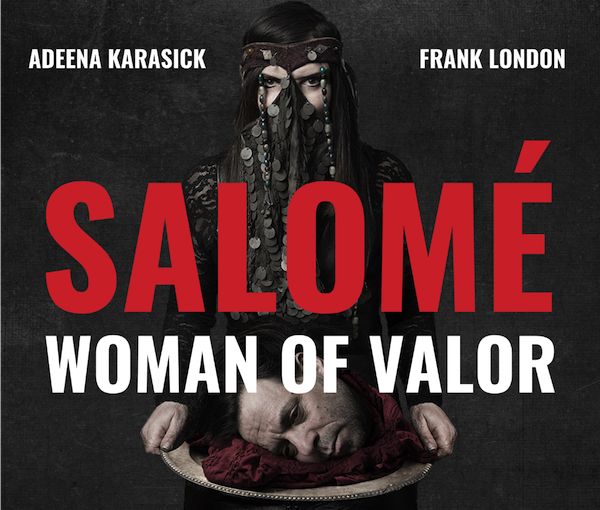 Over the last three decades, poet and performer Adeena Karasick and composer and trumpeter Frank London have each transformed the worlds of poetry and music with work that is sensual and political, steeped in Jewish mysticism, exploding notions of high and low culture. Their first collaboration together, Salomé: Woman of Valor, the debut recording of London’s NuJu Music label, was released on Oct. 15.

Karasick and London’s Salomé takes its inspiration from the historical figure, who has become typecast as a lurid femme fatale, especially via Oscar Wilde’s play and Richard Strauss’s opera, which depict Salomé as the seductress who danced the infamous “Dance of the Seven Veils” for her stepfather Herod and had John the Baptist beheaded.

“Salomé: Woman of Valor addresses the social and political necessity to speak the unspoken, resist outdated notions of identity and ethnicity. It critiques a received narrative, historically accepted as truth, and opens up a space where difference and otherness can be celebrated,” said Karasick and London in the press release about the launch.

Karasick’s libretto explores, exalts and reclaims the figure of Salomé in a feminist light to reveal an apocryphal figure who refuses to be locked into a world of subjugation and misrepresentation. London’s Salomé score is drawn from many musical traditions – klezmer, bhangra, Arabic and jazz, with a big nod to Miles Davis’ electric work and to trumpet innovator Jon Hassell.

Salomé: Woman of Valor can be heard and bought at AppleMusic, BandCamp or Amazon.