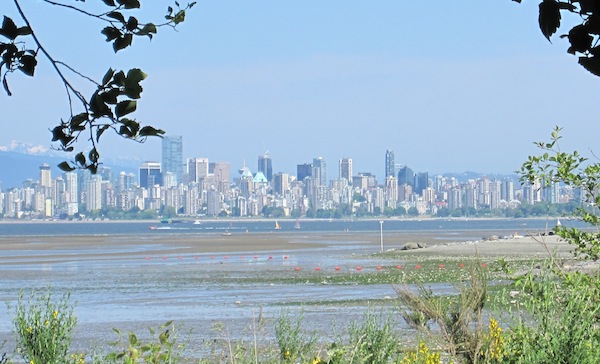 A new initiative, called Torah West, aims to grow Metro Vancouver’s Jewish population and make it more attractive to Orthodox newcomers – a goal that proponents say will strengthen every component of the community.

Torah West is focused on three Rs: retain, recruit and revitalize. It seeks to stanch the departure of Orthodox families from the region, recruit newcomers and, in the process, revitalize not only the institutions that serve specifically Orthodox families but increase demand and support for services that enhance life for all Jewish British Columbians.

Among many other community roles, Leipsic is president of Congregation Schara Tzedeck and Kahn is a past president. Together, they saw a growing challenge in the community and decided to act. They credit the Diamond Foundation for funding a 2020 study of the challenges facing the Orthodox community here, and the Jewish Federation of Greater Vancouver, especially vice-president Shelley Rivkin, for taking Torah West under their umbrella. The initiative will not see brick-and-mortar projects, but rather seeks to close gaps that make observing an Orthodox life in the city challenging.

Facilitating relocation to British Columbia might mean something as simple and comparatively affordable as helping a family with first and last months’ rent. If families want to live in Vancouver but send their kids to yeshivah in Las Vegas or Denver or elsewhere, Torah West can help fund flights home for the holidays, for example, if that tips the scales for the family’s place-of-residence decision. Other angles might include deferred membership fees to synagogues, the Jewish Community Centre of Greater Vancouver or other institutions. The community has systems in place to make Jewish summer camps accessible for all families and, if helping fund travel to the East or to the United States to access another form of camp would encourage families to relocate here, Torah West would support that.

Torah West will work with the Provincial Nominee Program, in which the federal government invites provinces to designate streams of immigrants that fill regional needs. Guiding newcomers through the immigration process, helping them get their credentials assessed and assisting in finding employment will ease some of the logistical challenges of relocation.

The initiative is loosely based on GROWWINNIPEG, a project of Manitoba’s Jewish community that has helped facilitate as many as 1,800 Jewish families migrating there, although there are distinct differences – cost of living, notably – that require unique responses.

Part of the motivation for Torah West was the loss of the Pacific Torah Institute yeshivah and limited Orthodox educational options in the city. But that is merely part of a longer trajectory. In her lifetime, Kahn said, she has witnessed waves in the community, in which there were more or fewer Orthodox families and, in turn, educators and infrastructure to serve them. The end of PTI was just part of a trend, she said, but it was a big blow.

Kahn said a notable aspect of Torah West is the buy-in from every single Orthodox group in the region.

“What’s innovative and fresh about the initiative is that it was developed collaboratively with all the Orthodox institutions and the Chabad centres across the Lower Mainland,” she said. “It’s very groundbreaking in that sense.”

That sort of collegiality is symptomatic not only of the Orthodox community but of the entire Vancouver Jewish community, Kahn said, something she sees as remarkable.

“Granted, we all have our little tiny silos of religious observance, which is reflected in the religious institutions that we choose to align ourselves with,” said Kahn. “But when it comes to the community, Orthodox rabbis play with Reform rabbis … Conservative rabbis play with Chabad. It’s a very unique kind of cultural experience that we have here and it’s reflected in the individuals who share the community and build the community. In a lot of other communities, those silos are very wide and very deep and they do not cross-pollinate or necessarily engage with one another to the extent that we do here.”

Both Kahn and Leipsic stress that a larger Orthodox community means a strengthening of every aspect of the community, to the benefit of all.

“We need to look at undergirding the Orthodox community because, at the end of the day, they provide the Jewish educators for our community, they provide the consumers for Jewish infrastructure like kosher restaurants or other services that are not just Orthodox-centric, they are Jewish-centric,” Kahn said. “That is what our vision is, to make sure that we have the proper foundation that will accrue to the benefit of the entire community at large.”

Similarly, while Torah West aims to draw new Orthodox families, the services the program provides will be available to anyone across the spectrum.

“We welcome everybody,” said Kahn. “There’s nobody who is going to, as they say, measure the length of your tzitzit. But we do have a hope and a dream and maybe some expectation that, if you become part of the Torah West initiative, you will, in turn, become part of the initiative in every respect. That means becoming a member of a synagogue, becoming a consumer of the kosher restaurant, or start another kosher restaurant, ensuring that the kosher butcher can stay in business.… We have a dream that we can create in Vancouver a nexus that combines the gloriousness of life in Vancouver with the ability to sustain a Torah lifestyle and the infrastructure that makes that possible.”

Nobody can talk about migrating to Vancouver without addressing the economic elephant in the room.

“The cost of living in Vancouver obviously has an impact,” said Leipsic, adding that the community is addressing macroeconomic issues and will continue to do so. “As far as people we want to recruit, we think that there are a number of people with capacity, who seek freedom and the opportunity to live a Torah-observant life or a traditional life in a nonjudgmental, diverse community with a lot of richness in it.”

Economic, political and social challenges in South America make that a target market of Torah West. In these cases, migration may be less an economic decision than one based on a desire for political stability.

Not coincidentally, the manager and community liaison of Torah West, Amanda Aron Chimanovitch, is herself a Brazilian-Canadian who came here via the Winnipeg project.

“Our goal is to make sure that there are economic and social and other supports for families who do want to come here,” said Kahn. “Ideally, families that are self-sustaining is a fantastic thing; it’s fantastic for all of us. But we’re not about to turn ourselves blind to the idea that, if you’re a Jewish educator, as an example, Vancouver is a very challenging place to be able to live independently without some support. I think we’re looking to help bridge that gap a little bit.”

Torah West is a three-year pilot project that Kahn and Leipsic are hopeful will prove permanent. Just putting Vancouver on the map as a possible home will be a success.

“When people are thinking about relocating, Vancouver is not even in their consciousness,” Kahn said of many Orthodox families. “Our goal is to create Vancouver as an option for them – whether it becomes the ultimate choice, we can’t control that. But we at least want to put Vancouver on the map.… You need a little bit of pioneer spirit to come here. If you’re looking for a place that’s already got all the amenities and got all the infrastructure, Vancouver is probably not your place. If you’re looking for a place of insurmountable geographical beauty and a real special feeling in the community and the landscape upon which you can plant your own trees and nurture them and make them part of the forest, this is the place for you.”

Rivkin, vice-president of planning, allocations and community affairs at the Jewish Federation, credits the Winnipeg project as a model but acknowledged differences. While Winnipeg was experiencing a declining Jewish population, that is not the case in Vancouver. This is one of North America’s fastest-growing Jewish communities.

Rivkin said studies indicate that new Canadians tend to earn lower salaries than other Canadians in a similar role for up to 10 years after arrival. Helping people through the first challenging years is part of Torah West’s mission.

Kahn summed it up simply.