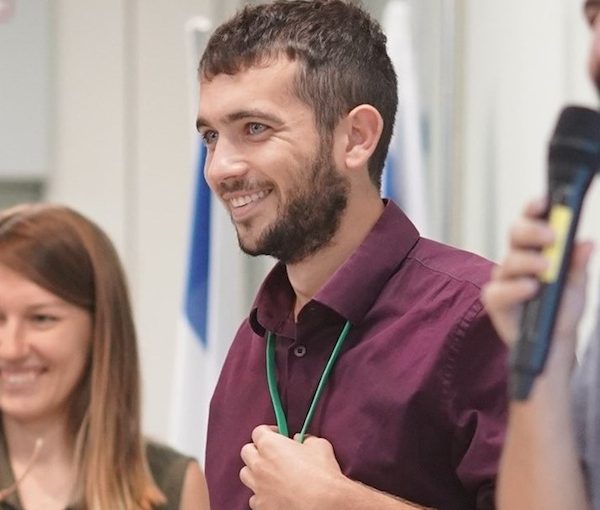 Raz Frogel, 23, has taken it upon himself to increase the number of fair trade items on Israeli store shelves.

Frogel, who lives in Dror Israel commune in Haifa, first read about child labour and improper working conditions when he was 16 years old. The article was about people working in cocoa fields and, after reading it, he announced to his parents that he would no longer eat chocolate, and explained why. He then spent the next two years in search of a solution.

“When I was 18 years old, I found fair trade and started doing research about it and looked into where I could find fair trade products,” Frogel told the Independent. “When I was released from the army, I started the fair trade movement in Israel.”

In his research, Frogel came across a 2016 article in the Independent: jewishindependent.ca/many-benefits-of-fair-trade.

“I realized nobody in Israel tried to promote fair trade or was trying to change the situation,” said Frogel. So, he took on the responsibility “and started to spread word of fair trade in Haifa, trying to make Haifa the first Fair Trade City in Israel. There are 2,000 cities in the world with the designation of fair trade towns,” he said, “but none in Israel.”

Frogel said many people try to shame companies into becoming fair trade employers, but he sees this as a wrongheaded approach, akin to movements and groups promoting the boycott of Israeli companies and products.

“We try to focus on the good companies and give them our support, and not on companies with what we see as wrong or bad practices,” he said. “I don’t want to shame anybody. I just want everybody to go fair trade.”

As a first step to achieve this goal, Frogel is trying to raise awareness.

“When you walk on a street in Israel, you can ask 10 people what fair trade is and maybe one will know,” he said. “So, before we can go to the companies and ask for fair trade products and change behaviour, we need to educate the public, create awareness.

“Ten years ago, there were no vegan products in Israel, but, when the community and demand grew and grew … there is now no coffee shop without soy milk or something like that. So, with fair trade, we need to copy this process. We need to raise awareness, create demand, and create communities that create demand. Then, we need to go to companies and ask for fair trade products.”

About 20% of Israelis live in poverty, the majority of whom are women, some of whom are paid less than minimum wage and suffer from other unfair labour practices. With this in mind, Frogel connected with an organization working to empower women. So far, Achoti (My Sister) is the only business in Israel that uses fair trade.

While fair trade in the food industry is a relatively known issue, Frogel pointed out that the fashion industry is also problematic.

If workers need to be paid more, that extra cost could be added to the price of the product. But, the extra money paid to the workers could come from another part of the industry chain. And, while investors want the highest possible return, it is up to us – the end users – to determine the value of a product by voting with our dollars or shekels, said Frogel. If the demand is high enough, more producers could be encouraged to enter the market, thereby increasing supply and placing a downward pressure on prices.

“I think there is no price to pay,” contended Frogel, “because, when you look at the U.K., the cheapest products in the store are fair trade, like Cadbury or Nestle … and Starbucks. When you look at fair trade in places where it’s common, it’s cheaper than non-fair trade products. When we talk to people, we try to explain to them that, when there is a demand, the prices of products will come down and everybody can support it.

“Right now, it’s very expensive to buy fair trade in Israel,” he admitted. “I can’t lie. But, we’re working on it and I don’t think fair trade should be more expensive.”

While Frogel is working on bringing fair trade to Israel, he hopes that readers will join the global movement, wherever they are, and join a local fair trade initiative to promote it in their communities.

Currently, Fair Trade Israel has a Facebook presence and the organization can offer tax receipts to donors through Achoti.

“We are trying to raise Friends of Fair Trade, wanting to raise a lot of support from all over the world, to show that fair trade is part of Jewish values,” said Frogel. He wants to see Israel become “a fair trade movement leader.”

Starting by focusing on Haifa, and Israel in general, Frogel is organizing events and doing advocacy work in schools and businesses. As far as getting Haifa recognized as a Fair Trade City, he is working to fulfil the requirements for such recognition, such as attaining a high level of fair trade awareness and product availability. “We have a lot of support from the city council and have a group of great people leading this project,” said Frogel. “We have stores with fair trade products, but not in every neighbourhood. We started programs in schools in the last month and we have special programs on campuses to raise fair trade awareness and product availability.”

For more information, visit achoti.com (which is in Hebrew) or contact Frogel at [email protected]