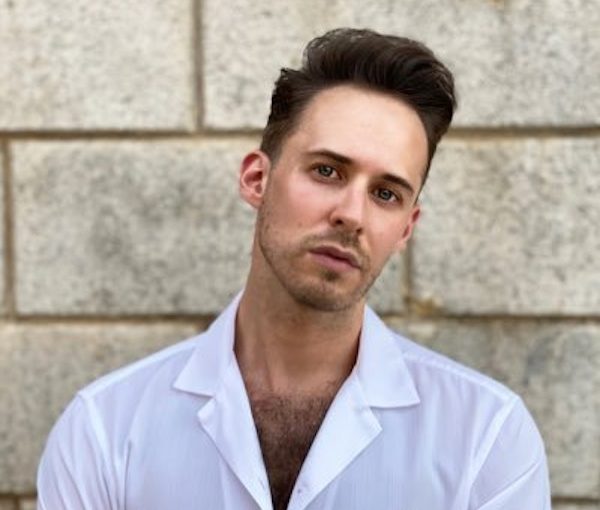 Antisemitism is not a Jewish problem, writes Ben M. Freeman in his new book Jewish Pride. “It is a non-Jewish problem that has an impact upon Jews.”

Freeman is a young Scottish Jew whose book projects some of the lessons of his coming out as a gay man onto the experiences of Jews dealing with the internalizing of others’ expectations and prejudices. He speaks of “passing,” of how a member of some minority groups can identify as a member of the majority.

“There are those who describe the ability of some LGBTQ+ people and some Jews to pass as a ‘privilege,’” he writes. “However, from my experience, this is a specific form of oppression itself.”

Freeman insists that the book is not about antisemitism, but rather its opposite: Jewish pride. But, perhaps by necessity, antisemitism plays a big role.

“Our journey is not about fighting antisemitism. That is the non-Jewish world’s journey,” he writes. “The Jewish journey is one of self-discovery, self-acceptance and self-love – in the name of collective pride.”

In the same way that antisemites have gone some distance to characterize who and what Jews are, anti-Zionists have stolen the word Zionism and redefined it to their perverse definitions, he suggests.

Above all, the fact that so many of the perpetrators of antisemitism are unfamiliar with its history is precisely the reason people can exhibit antisemitism while claiming – often haughtily – to be free of it.

“Due to a lack of education about both the conflict and Jewish history, most people are not armed with the knowledge to understand the connection between anti-Zionist rhetoric and historical antisemitism,” he argues. For example, the recurring libel that Israelis harvest organs from unsuspecting victims is a modern variation on the ancient blood libel – but people ignorant of that catastrophic history do not see their complicity as they perpetuate outlandish allegations. Likewise, the depiction of Israel as a unique embodiment of evil in the world mirrors the ancient projection on Jewish people of society’s fears and false narratives of evildoing.

He discusses how the International Holocaust Remembrance Alliance’s Working Definition of Antisemitism has led to a whole new wave of arguments around what is and is not anti-Jewish bigotry.

The British sociologist David Hirsh created the “Livingstone Formulation,” named after the former mayor of London, Ken Livingstone. It encapsulates the pretzel logic in which expressions of concern about antisemitism are met with a refusal to engage and a counter-accusation that the charge of antisemitism is made up as a conspiracy to silence legitimate criticism of Israel, as a “weaponization of antisemitism for political ends.”

This was in clear view during the spate of overt antisemitism that engulfed the Labour Party in the U.K. under the leadership of Jeremy Corbyn. Concerns about rampant Jew-baiting and unconcealed antisemitism were, Freeman writes, routinely dismissed as a “smear campaign against Jeremy.” It was, in short, bullies crying that they are being bullied. 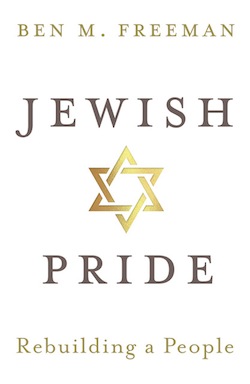 Freeman points out the core problem for Jews in the evolving interpretations of hierarchical discrimination.

“There is a view of racism that suggests it is prejudice plus power, which implies that only those in positions of power over others can be racist,” he writes. “This definition leads to the notion that most forms of racism and prejudice are ‘punching down’ and that only marginalized groups with less or no power are being oppressed. While this experience is true for certain communities, this specific definition of racism, combined with exaggerated antisemitic perceptions of Jewish power and privilege, can be particularly dangerous for Jews. It thus lends to the erasure of the Jewish experience and of antisemitism as a legitimate form of prejudice. It can also allow those on the left – and some marginalized groups – to actively target us as representatives of elite power structures.”

Freeman’s core message is that Jews, like LGBTQ+ people, need to overcome the negative programming with which they are bombarded by the larger world.

“Jewish people have been in a dysfunctional relationship with the non-Jewish world for over 2,000 years,” he writes. “To be accepted, we have tried, over and over again, to change who we are.… In our thousands of years of history, has this sacrifice ever worked? No…. This cycle has to stop. The way to stop this abusive, destructive and exhausting cycle is to turn to ourselves for that acceptance and love.”

One might have hoped that a book on this subject would glance at the remarkable reversal of homophobia in most parts of the Western world in recent years, how that progress was achieved and how the lessons from that experience might be repurposed to fight antisemitism. But that, perhaps, is a future tome for Freeman or someone else to undertake.