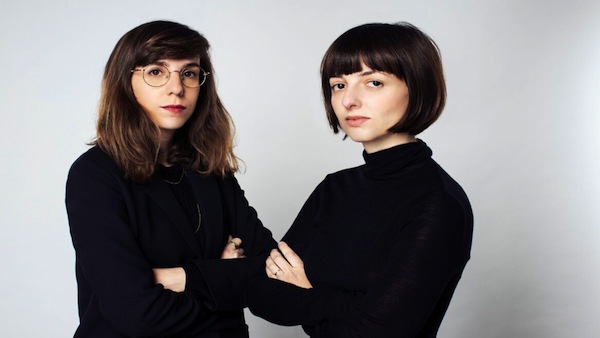 What do jeans, trench coats and a little black dress all have in common? A place of honour in women’s wardrobes, that’s for sure. And it’s no accident – the three are timeless trends that have been around for decades.

“A trend is a state of mind, a very, very wide perspective that begins in the margins and slowly reaches the masses,” said Israeli trend forecaster Nataly Izchukov. “A trend undergoes evolution and is here to stay. People always think it comes and goes, but that’s actually a mistake. It develops and updates, and it’s here to stay.”

In 2014, Izchukov founded the Visionary, a Tel Aviv lifestyle and design trend forecasting agency that deciphers for its customers the way the wind is blowing. She and her business partner, Lior Fisher Shiloni, also expose the Israeli public to the art of forecasting and even pass on their knowledge in a first-of-its kind local “trendology” school.

Forecasting the future, Izchukov explained, begins in researching the past. She and her team study what has happened in the past year or so across the world, from politics and economics to natural disasters, cinema and fashion, and try to understand how it will affect esthetics and designs. “For example, one of the leading trends for the summer of 2020 is going to be acid-bright colours,” she said. Its source of influence? The yellow vests movement in Paris.

The second step is social research, which involves identifying their clients’ audience and what interests them on social networks and in the media. The third step is what Izchukov calls iconography, the interpretation of the findings in a more abstract way. This all leads to conclusions regarding megatrends and the microtrends that ensue.

Izchukov gave the example of older solo women travelers. More older women are jet-setting off by themselves, but are still looking to feel safe and secure and have a sense of community on their travels. This translates into many different microtrends for Izchukov’s clients, including how hotels are decorated and the colour palette that best suits their guests.

The biggest megatrend, however, is sustainability. “It deals with promoting the status of women, with poverty, with education, it’s a very, very wide issue,” said Izchukov.

Trends are not fads. Fads are not sustainable; they enter and exit our lives quickly. Top examples of fads, Izchukov noted, are Kardashian-style cycling shorts, the 1990s digital pet Tamagotchi craze and a recent favourite – handheld spinners. By contrast, a trend can take three to four years to go mainstream, and not all businesses have patience for such a process.

“They mostly want us to create fads, but we’re really seeing a change developing in 2020,” she said of her clients. “The biggest change is the extreme climate happening across the world. What happened now in Australia [with widespread bushfires] is one of these extreme cases that made people say, ‘OK, there’s a problem here.’ There was great denial of the topic among companies.”

The emphasis on sustainability is causing apprehension in the Israeli business scene, she said. One of the problems is the high cost of creating sustainable fashion.

“The product ends up being expensive and people don’t really want to spend that money on it,” Izchukov said. “There’s still a gap between the goodwill of people for the world to be a better place, and people wanting a good and attractive price, and you have to think how to bridge it.”

Izchukov predicts some big changes in the coming decade for fashion, food and hospitality in Israel.

“In fashion, a few very substantial things are going to happen – mostly companies that will change their appearance and their production lines in a more sustainable, ecological and recycling direction,” she said. “There’ll be fewer stores but these will include a lot more content and information that is beyond fashion.”

In Israel, there will be greater inclusion of people with disabilities in the fashion world, she said. This is in line with the global trend for inclusivity, which sees fashion houses employing ambassadors of all sexes, genders, religions and sizes.

In the Israeli hospitality sector, we can expect “the substantial entry of more hostels and of very affordable hotels,” she said. “They’ll try to create a very interesting experience in their locations in terms of the customer and the hotel itself.”

Izchukov predicts that food will increasingly go in the direction of “how we can eat in a healthier manner that precisely matches our needs and our bodies.”

She said, “Artificial intelligence will greatly help to resolve the issues of need and of customization.”

Food is also a great example of the impact local cultures have on trends. Izchukov noted the failure of American companies such as Starbucks to succeed in Israel. While Israelis like to think that the global giant failed because the local coffee is far superior, Izchukov suggested it has more to do with the Israeli state of mind. Self-service, waiter-less, eateries are a doomed business model in Israel, she said, because locals much prefer personal attention.