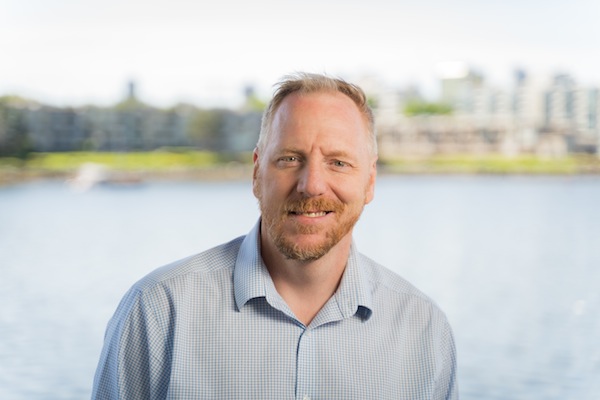 “Believe me when I say that the stories we share are true journeys of bravery, resilience and strength in the face of adversity. They will leave you inspired and optimistic – a weekly dose of courage that I believe we need now, more than ever,” Lorne Segal, longtime chair of the Courage to Come Back Awards, told the Independent.

While the annual gala event had to be canceled because of COVID-19, every week this month, one of the five award recipients is being announced, and a video of their stories shared.

“We’re also sharing videos highlighting some of the incredible work of Coast Mental Health’s frontline workers during COVID-19,” said Segal. These can be viewed at couragetocomeback.ca.

“Every year,” said Segal, “the Courage to Come Back Awards raise critical funds that support over 40 of Coast Mental Health’s programs, which provide food security, mental health support for youth, peer support services and so much more. They are vital to the recovery of vulnerable people living with mental illness.

“In community mental health, the only way to meet this crisis is to increase capacity – that’s where Coast Mental Health comes in. Coast provides shelter, a roof overhead, a support system of caring individuals, and the dignity of a job and training through employment opportunities, all for individuals, young and old, dealing with mental health challenges.

“This life-saving work would simply not be possible without the generous support we receive during the Courage to Come Back Awards,” he stressed. “I invite people to watch, and share these incredible videos of courage. Then, if you can, I’m asking you to join me in supporting Coast Mental Health as they prepare for the second wave of this pandemic, a mental health crisis potentially as devastating as the first wave of COVID-19.”

At press time, three of the award recipients had been announced: Corey Hirsch in the mental health category, Amanda Staller in the addiction category and Rumana Monzur in the physical rehabilitation category; the youth and medical categories are still to come.

Hirsch was the first honoree announced. While not Jewish, he said, his surname is and, that “[t]here is very much the possibility that I have Jewish ancestry; it’s just never been investigated.”

A former NHL goaltender and goaltending coach, Hirsch is a commentator with Sportsnet, as well as being a public speaker and an advocate for mental health and wellness. Born and raised in Alberta, he was drafted by the New York Rangers in 1991 and was a member of the team when they won the 1994 Stanley Cup. Also in 1994, he won a silver medal with the Canadian men’s hockey team in the Olympics at Lillehammer. In 1995, he was traded to Vancouver, where he began losing his struggle with mental illness, but eventually reached out for help, and was diagnosed with obsessive-compulsive disorder.

Of the Courage to Come Back Award, he said, “It was very humbling to realize that I was in that category of people. And it was probably the first time it opened my eyes to realizing that what had happened – with coming out with my story in the Players Tribune [in 2017] – made a colossal impact on the world of mental health.

“There were people that came before me,” he acknowledged, pointing to Sheldon Kennedy, Theo Fleury and Clint Malarchuk. “Their stories helped me get my story out and made me feel safe,” he said.

Kennedy and Fleury were both abused by a coach when they were in junior hockey. Malarchuk, a fellow goalie and a friend, struggled with post-traumatic stress disorder after his jugular vein was accidentally severed by another player’s skate, as well as with obsessive-compulsive disorder, even attempting suicide.

Hirsch also mentioned sports journalist Michael Landsberg. “I met with Michael and Clint before my story came out because I was just terrified. Those two guys really helped me,” he said. (For coverage of talks by Landsberg in Vancouver, see jewishindependent.ca/lets-talk-mental-health and jewishindependent.ca/illness-not-weakness.)

“OCD, typically, doesn’t start from childhood trauma,” explained Hirsch, adding, “Most people I know can tell you the time, place, where they were at when their brains just kind of broke. There could be childhood trauma with people, but, for me, [there wasn’t any]. I was on my way to the NHL, I had athletic talent as a kid, lots of friends, no real signs of mental health [issues]. I had anxiety issues, [but] a lot of kids do.”

Hirsch grew up in Calgary, with parents he described as loving, and an older brother. Sports were encouraged. “Hockey was something that, you know, it’s a religion in Canada,” said Hirsch who, at age 16, moved to Kamloops to play the sport. “I had a really good junior career, won a national championship. From there, I went on to the Olympics. Things were looking like I was going to make millions playing in the NHL. I was on the road.”

Hirsch describes in detail the type of OCD with which he struggles in his article on the Players Tribune media platform.

“I think that what people thought OCD was, was the hand-washers, someone that’s organized and all that. There was a misconception, through stigma and other things, about OCD and people thought it was that,” he told the Independent. “So, how bad is that? You wash your hands too much. They didn’t take it very seriously … because that’s how OCD was portrayed.”

Hirsch is concerned about overall mental health, not only OCD. “I want to change the stigma to all of it,” he said.

As to why the stigma remains, he said, “Well, people don’t like to look inside, afraid of what they might find out. But, what you find out is that there’s a better life out there and you learn things…. Fear keeps people from getting help, stigma keeps people from getting help. It’s a great built-in excuse to say that you’re a man and men don’t get help; it’s a great built-in excuse if you don’t want to look internally. I get a lot of that.

“I got help, I live a great life. I’m not perfect – I’ll never say I am – but I still play hockey. I can still drink beer, I can still fix cars, I can still do all those things that are considered manly – I haven’t lost any of that. And the people around me are better for it. It’s tough to look inside and a lot of people don’t want to, but I know now it’s the best thing I’ve ever done.”

One of the reasons Hirsch decided to open up about his experiences is that, back when he was at his worst, in the mid-1990s, there was no readily available information on what he was experiencing.

“I scoured bookstores,” he said. “I did everything I could to try and find some hope, or even self-diagnose or [determine] that I wasn’t going to be like this the rest of my life. I felt so alone. I found nothing…. Part of it was because I didn’t even know what to look for, and I always said to myself, if I got better, that, one day, I would tell my story.

“I didn’t tell anybody anything, other than people close to me, for 20 years. I kept it in my chest. [But then] I met another NHL player who was active, in my retirement, and I met him, and he was in rehab for drugs. We got to talking, and I know now that mental health and addiction go hand in hand, so I spilled my story to him. And he looked at me and he said, that’s exactly what I’m going through.”

That was when Hirsch realized his story could help others who are suffering. “I need to let them know that they’re not alone,” he said.

Vancouver-based Hirsch is waiting out the pandemic in Toronto with his girlfriend. He is writing a memoir about his life with OCD, he plays golf, and spends time playing his guitar. “I’m terrible,” he said. “But I love it,” he said. “It’s been incredibly freeing. Music is so powerful and great for mental health. Any kind of art, it’s a great way to express, therapeutically, yourself.”

He is continuing his work in mental health and would like to see it become part of the curriculum in schools.

“If I could have known what I had when it happened to me and I could have gotten help the next day, I would have never ended up making an attempt on my life,” he said. “I don’t know what my NHL career would have looked like, but I would have never suffered and gone through what I went through for all those years, because early diagnosis is crucial with mental health.

“It’s not hard to teach our kids in high school, middle school, about anxiety, depression, OCD, bipolar, those things. They need that information. Why are we withholding it from them?”

“It’s like anything – teach our kids in school and then give them the tools and then hopefully we can put a dent in it,” he said, citing a need for a countrywide curriculum in health class. “That’s where we’re going to end the stigma … and suicide needs to stop being a taboo topic, it really does. It’s real and it’s happening and pretending it isn’t happening doesn’t make it go away.”