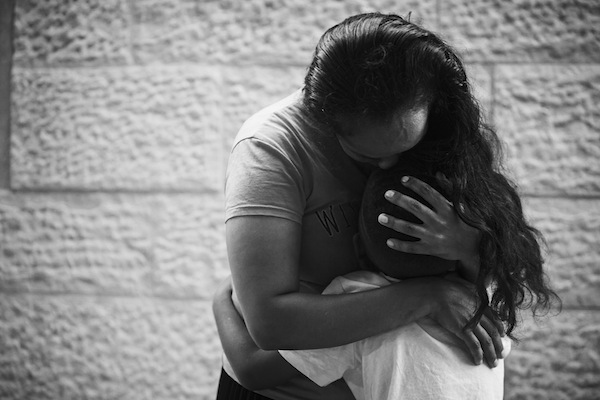 With the COVID-19 government shutdowns and mandatory quarantines, domestic violence has increased significantly across the globe over the past two years. The drastic increase in intimate partner and domestic abuse has been coined the “Shadow Pandemic” by the United Nations.

In Canada, one woman is killed in a violent act every two-and-a-half days. According to the provincial ministry for public safety and Statistics Canada, every year in British Columbia there are more than 60,000 physical or sexual assaults against women – almost all of them committed by men.

In Israel, the situation is just as critical. In the first year of the pandemic, 20,140 domestic violence complaints were lodged with police, an increase of 12% from the previous year. Twelve women were murdered in the first six months of this year.

In accordance with its mission, Canadian Hadassah-WIZO (CHW) is working to empower women by stepping up emergency support and services at this critical time. CHW is launching the second annual S.O.S. – Starting Over Safely summer campaign, with proceeds helping empower victims of domestic violence in Canada and Israel.

One of the most frightening things about domestic abuse is that half of the women murdered by their partners never experienced physical violence before. Domestic violence can happen to anyone, anywhere, anytime. This year, through a new partnership with Michal Sela Forum, CHW is also promoting an awareness campaign to help women understand the warning signs in a relationship.

S.O.S. – Starting Over Safely 2022 has three campaign priorities, including Franny’s Fund in Canada, and WIZO programs and the Michal Sela Forum in Israel. The following campaign goals are intended to empower at-risk women and children to break the cycle of violence in Canada and Israel:

“CHW strongly believes that every human being deserves the right to achieve their full potential, while living in safety and security. You have the power to empower,” said Lisa Colt-Kotler, CHW chief executive officer.

The 2022 fundraising goal is $350,000. All funds donated will be matched three more times by a community of dedicated donors recognized as “Matching Heroes” during the 27-hour campaign, which kicks off at 9 a.m. PT on Tuesday, Aug. 23, 2022. During the crowdfunding period, each gift donated on the website chwsos.ca is quadrupled.