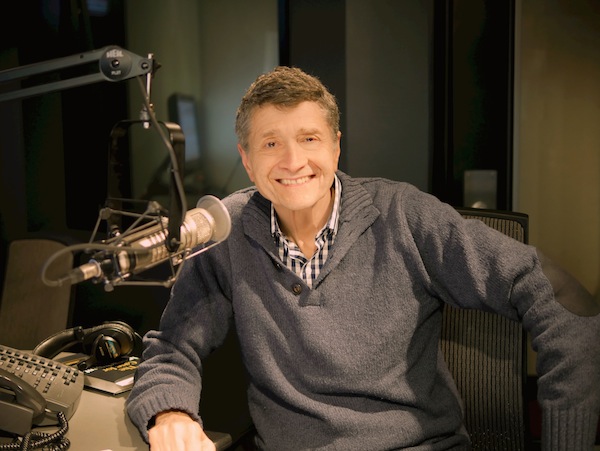 Most of us would call them close calls or dumb luck – the many things in American history that could have gone terribly wrong, but didn’t. But Michael Medved firmly believes they weren’t merely happy accidents; rather, they were a direct result of God’s guidance.

Medved’s God’s Hand on America: Divine Providence in the Modern Era (Crown Forum) is a chronological sequel to 2016’s American Miracle (Crown Forum), a book that began with the pilgrims in 1620 and ends with Lincoln’s assassination, on April 14, 1865. They share a common theme, he said: “Divine intervention is extraordinarily obvious and important in tracing the course of American history.”

Story after story, Medved builds the case that there are solid “arguments for divine providence in the rise to power, and continued power and prosperity, of the United States.” President Theodore Roosevelt, for example, was shot in the chest but a folded speech in his jacket pocket took the bullet.

In another of many examples, a seemingly lucky moment came during the Battle of Midway, in June 1942. U.S. planes had gotten lost over the Pacific Ocean but, just in time, they suddenly found their way back, to dive bomb Japan’s fleet. History, said Medved, regarded this as a huge blow to the Japanese – at a time when the Americans and British had, up until that point, faced setback after setback, loss after loss, and were struggling to make advances in the Pacific.

“Fate, destiny, providence and the United States is a complicated process. It doesn’t mean America only wins, but it does mean that it’s safe to say that Lincoln, Washington, the Roosevelts, were right; Kennedy and Eisenhower were right; that America has been used as an instrument, or vehicle, for grand purposes by a Higher Power,” noted the Jewish syndicated radio host, whose daily program reaches more than five million listeners, across 300 stations. Medved is also author of 12 other books, including bestsellers The 10 Big Lies About America and Hollywood vs. America. 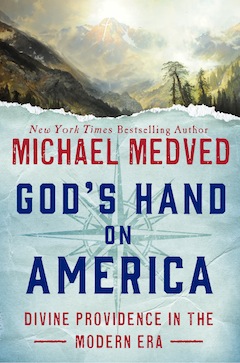 His thesis isn’t out of the blue, either – since the first landings, ordinary Americans and their leaders have believed that God helped in their nation’s successes, said Medved. For people of faith, it was the most reasonable explanation for the seemingly inexplicable. Their Bible-centred view carried over to an appreciation of Jews, he added, at a time when there were few Jews in the United State, i.e. until the 19th century.

They recognized, he said, “the special place the Jewish people had in America,” especially conscious of the verse in Genesis, which says that anyone who blessed the Jews would be blessed, and anyone who cursed the Jews would be cursed. These beliefs were exhibited in many ways, such as the Hebrew words on the seal at Yale, Urim and Thummim, elements of the ancient high priest’s breastplate, used for obtaining oracles; and the seal of Dartmouth College, which has El Shaddai (God) in Hebrew.

Early colonizers even identified themselves as being “like the Israelites who have crossed a perilous ocean to come to the land that was promised,” said Medved. “That identification of Puritans [goes] all the way back to the founding of New England in the 1630s.… They described themselves as ‘New Testament Hebrews.’ The identification with the Jewish people was very profound.”

While at Princeton, then-future president James Madison’s concentration of study was Hebrew, said Medved. Later in history, Harry Truman formally recognized Israel, minutes after it was declared a country. And then there was Richard Nixon’s military aid to Israel during the 1973 Yom Kippur War – quite unexpected, said Medved, given the recordings that surfaced of Nixon using insulting epithets against Jews. According to Medved, Nixon’s gesture of goodwill, though not mentioned in the book, saved the Jewish state from annihilation.