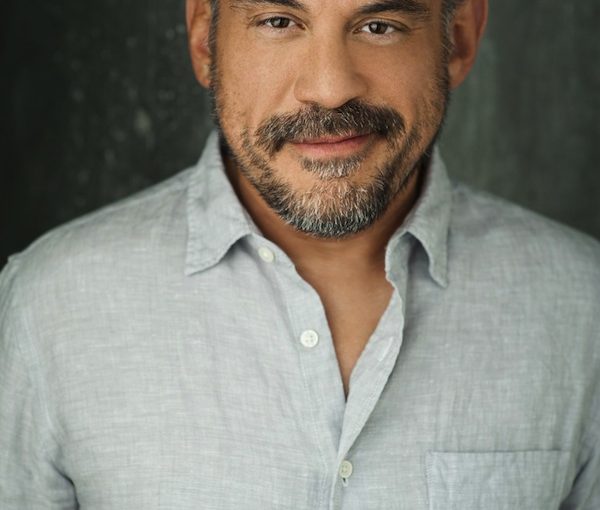 Entrepreneur and venture capitalist Leonard Brody spoke with King David head of school Russ Klein about soccer, history, business, education and the pandemic at the Golden Threads Gala on May 13. (PR photo)

Entrepreneur Leonard Brody was the featured speaker at King David High School’s Golden Threads Gala on May 13, which attracted 600-plus viewers. The event raised more than $350,000 for the school from community donors in both live (via video stream) and silent auctions.

Hailed in the financial media for his innovative approach to thinking about management, Brody, who helped found the news site NowPublic, is an award-winning entrepreneur, venture capitalist and two-time Emmy Award nominee. He has raised hundreds of millions of dollars in start-up capital, taken a company to a $6 billion market capitalization at its initial public offering, and been involved in several other companies. Brody is also the co-author of two bestselling books, Innovation Nation: Canadian Leadership from Jurassic Park to Java and Everything I Needed to Know About Business … I Learned from a Canadian.

Before introducing Brody, King David head of school Russ Klein read through the speaker’s extensive curriculum vitae, calling it “one of the most impressive bios I have ever read.” The first question of the wide-ranging interview, though, had to do with Brody’s forays into owning professional sports teams.

“It sounds more glamorous than it is,” said Brody, who has been involved with European soccer clubs for almost 20 years and co-owner of the Coventry City Football Club for 10. “Coventry has arguably been one of the most challenging turnarounds in English football and we got promoted last season into the Championship League, and it looks like we will stay there next season. This is a big accomplishment for us. It’s been fun.”

Upon hearing of this success, Klein suggested Brody consider assisting the Vancouver Canucks, but then turned to more serious matters, asking about what Brody calls “pushing the reset button.”

Brody discussed historical cycles, beginning at the start of the Industrial Revolution, in about 1760. During several periods since then, something has triggered a reset, whether it be disease or war. Each of these cycles, said Brody, including our present circumstance, creates a “forced reality” and the question becomes “what is the behaviour that is going to stick?” It is a question “everyone on the planet is thinking about.”

The conversation then veered to the concept of “successful failure” in terms of what companies promise to the market and what they deliver. In Brody’s view, many sectors are “grossly over-promising” and “half-delivering” on their products. If a company can only attain half of its promise, it is, in Brody’s view, ahead of the market as a whole. Using the example of Tesla, he cited the company’s history of “overshooting a mark, creating a vision and taking customers with it” towards a higher-end goal.

On Klein’s question of whether post-secondary education is still necessary, Brody responded, “If you want to create a generation of profit-centric, money-hungry idiots, then, yes, you can avoid university.” However, he added, if you want to create a society of good citizens with critical thinking skills and the ability to be independent adults, then university education is still essential.

Brody himself holds a bachelor of arts (honours) from Queen’s University and a law degree from Osgoode Hall at York University; he is a graduate of the Private Equity Program at the Harvard Business School.

The last discussion point was the pandemic, which Brody deemed “one of the most well-managed human traumas ever.” While not discounting the tragedy inflicted on those who have fallen victim to the disease, Brody stated that we should emerge from this stage with “an unprecedented economic growth pattern.”

Currently, Brody is writing a new book in partnership with Forbes magazine, entitled The Great Re:Write, based on the successful documentary series he and Forbes produced – which has had an audience of more than seven million in the past year.

The Golden Thread Gala: Connecting Generations celebrated the community that nurtures King David High School, inspires the next generation of leaders, and was rooted in the appreciation of Jewish values and traditions. The inaugural gala highlighted a story of success told through generations, with education as the “golden thread weaving our past to our Jewish future.”

Live auction items included a “be head of the school day” for one lucky student, a set of Forevermark Black Label earrings, dinner with Russ and Deborah Klein, and a Nuevo Vallarta vacation package. Meanwhile, dozens of items, from paintings to cosmetics, weekend getaways to vintage B.C. wines, were available in the silent auction.

Emceeing the event was comedian Ivan Decker, a frequent guest on TV talk shows around North America, on Netflix and on CBC’s The Debaters. Media executive Howard Blank, past president and chair of Variety British Columbia and vice-president of the B.C. Entertainment Hall of Fame, was the auctioneer.