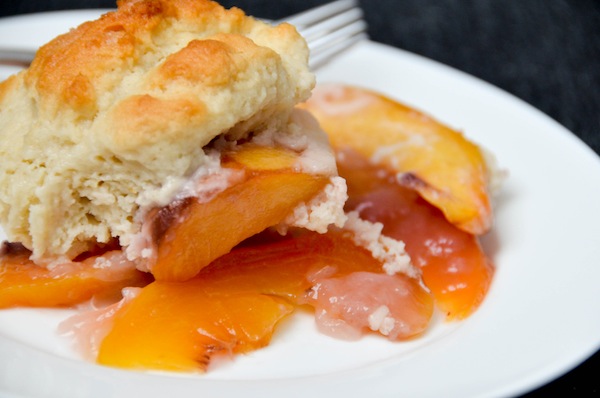 Tabbouleh is such a popular Lebanese salad that the first Saturday of July is known as Lebanese National Tabbouleh Day. Although there are variations, classical tabbouleh is bulgur, parsley, tomatoes, mint and onion with olive oil, lemon juice and salt. The word tabbouleh means seasoning or dip, and bulgur, the primary ingredient, is a cereal food made from whole grains of different wheat species, said to be as healthy or healthier than quinoa and rice.

Another summer treat is cobbler, as fresh strawberries, cherries, apricots, peaches, nectarines and all kinds of apples start to appear. Cobbler is said to have originated among the American colonists, but the origin of the name – dating back at least to 1859 – is uncertain. According to Wikipedia, it may be related to cobeler, meaning “wooden bowl,” or to its top looking like a cobbled stone pathway, rather than a smoothly “paved,” i.e. rolled out, pastry top.

(This recipe by Deborah Knight came from Food & Wine online. It makes 4 servings.)

Sybil Kaplan is a journalist, author, editor/compiler of nine kosher cookbooks. She is a food writer for North American Jewish publications, and leads English-language Shuk Walks in Machane Yehuda.