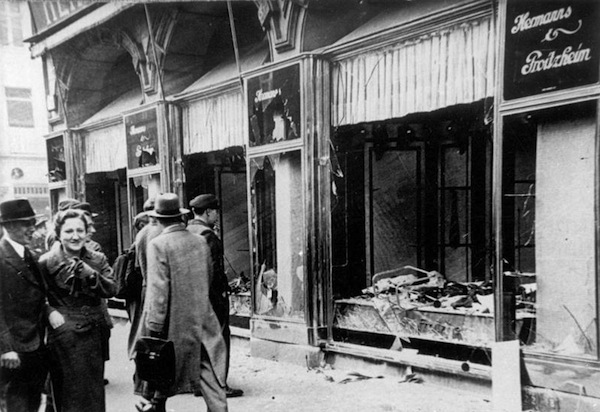 Next month, our community marks the 83rd anniversary of Kristallnacht, the state-sponsored pogrom known as the Night of Broken Glass, which took place on the night of Nov. 9-10, 1938. Hundreds of synagogues were burned, Jewish-owned businesses were destroyed, nearly 100 Jews were killed and 30,000 were sent to concentration camps. The shards of broken window glass seen in front of Jewish-owned stores the next morning gave this event its name.

On Nov. 4, 7 p.m., streaming live via Vimeo, the Vancouver Holocaust Education Centre in partnership with Congregation Beth Israel features keynote speaker Judy Batalion, author of The Light of Days: The Untold Story of Women Resistance Fighters in Hitler’s Ghettos, in conversation with the VHEC’s Dr. Abby Wener Herlin, and a Q&A. Visit vhec.org for details.

On Nov. 9, beginning at 7 p.m., streamed live on Zoom, Victoria Shoah Project hosts a program called Communities Standing Together Against Hate: Lessons from Kristallnacht. Remembrance is essential, however we also must act in tangible ways to protect all peoples. The Shoah Project is inviting political and law enforcement leaders, as well as representatives from the diverse faith communities, to join together at the commemoration to lead the reading of a pledge of mutual respect and support. Join in remembering the past and committing to take action for a better future where we will respect and protect our neighbours, not remain silent in the face of any injustice against any person or group and work towards building bridges leading to unity and shalom. For more information, visit victoriashoahproject.ca.