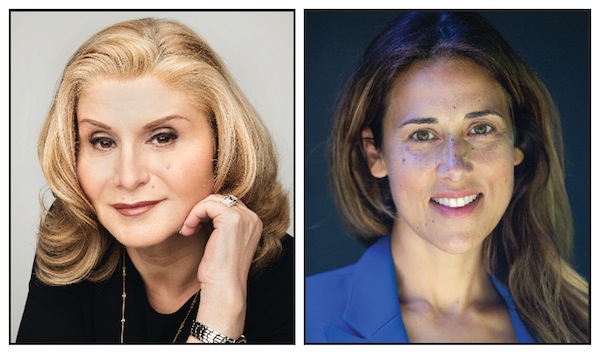 There’s good news and bad news for the annual Choices gala, which celebrates Jewish women’s philanthropy in Metro Vancouver. The good news is Choices will be held this year, despite COVID-19. The bad news is it will be held exclusively on Zoom, as there is no alternative safe way to convene a large gathering during the pandemic.

The 16-year-old event raises tens of thousands of dollars each year for Jewish Federation of Greater Vancouver’s annual campaign. Last year, 240 donors raised $52,302. Average attendance is 500 and has been as high as 620 some years.

“Every year, the amount raised varies, based on the different expenses of the event and the amounts raised through games, raffles and silent auctions,” said Sue Hector, who co-chairs Federation’s women’s philanthropy with Shawna Merkur.

“Choices is, at its essence, an event that inspires women of all ages to give to the Jewish community or to get involved in our community,” Merkur said. “It’s all generations in the room, all coming together for Jewish Federation to help our community. It’s really quite a beautiful thing.”

In fact, Choices has been so successful over the years that there have been complaints from the men’s campaign because they have no event like it, Hector said.

When the event is in person, the cost per person is $54, which covers the expenses of the actual event, while the Federation fundraising component comes from raffles, silent auctions and games held during the event. However, women need to make their Federation annual donation when they register for Choices and the minimum donation is $136. That said, no one is turned away based on their inability to afford that donation.

This year, because there will be no food served and no physical venue required, there’s no cost to the event. Instead, organizers are asking women to make an optional $54 donation to Federation’s COVID relief fund.

“That fund is being used to help agencies in the Jewish community manage the stress of the pandemic, from the Jewish schools to the Jewish food bank,” Hector said. “A task force has come together to work on this, interview the different agencies to find out what their needs are and determine how they’ll distribute the funds raised.” (See jewishindependent.ca/the-road-to-recovery.)

The virtual event Nov. 8 at 5 p.m. will feature a community speaker, Hannah Amar, a young single mother who benefited from Tikva Housing’s programs. She will share her journey from near-homelessness to a new home at the Ben and Esther Dayson Residences. “I think her story will really speak to the women watching,” Merkur said.

A main event speaker, Michelle Hirsch, will deliver her talk from Cleveland, Ohio. A member of Jewish Federations of North America’s national women’s philanthropy board and the Jewish Agency for Israel North America, Hirsch organized the Amazon Prime initiative on behalf of the National Youth Leadership Council in response to Hurricane Harvey. (For more on both speakers, click here.)

“In some ways it’s easier this year because we don’t have a lot to organize – no raffle, no caterer or venue and no silent auction,” Hector said. “But, we still wanted everyone to come together in some fashion, and Zoom is the only way. In such crazy, uncertain times, it’s nice to have something familiar and, hopefully, this virtual event will uplift people and give them courage and hope to face what we still have to face.”