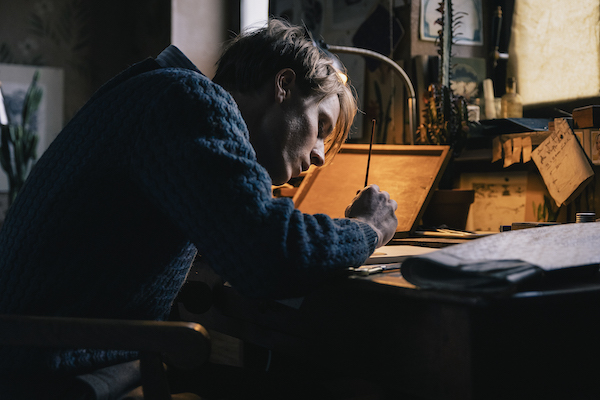 A still from the film The Forger, starring Louis Hofmann.

The 41st Vancouver International Film Festival takes place Sept. 29-Oct. 9, 2022. This year, the Jewish Independent is the media sponsor of The Forger (directed by Maggie Peren, Germany/Luxembourg), so we’re doing a draw for free tickets to one of the screenings!

Synopsis of the film:

Based on a true story, Cioma Schönhaus, a young Jewish man living in 1942 Berlin, works at a munitions factory until he’s recruited by a former Nazi bureaucrat to forge passports for Jewish people to escape the country. Cioma waltzes through Berlin with reckless abandon, impersonating military personnel even as he risks discovery by the Gestapo. Adapting the story from Schönhaus’s memoir, director Maggie Peren gives her film the same immaculate attention to detail as Cioma does his forgeries, contrasting the dimly lit Berlin of Jewish people struggling with food rations with the decadence of the Nazis. The film balances the playful atmosphere of his ingenuity against the sombre backdrop of Nazi Germany and the looming danger he faces.