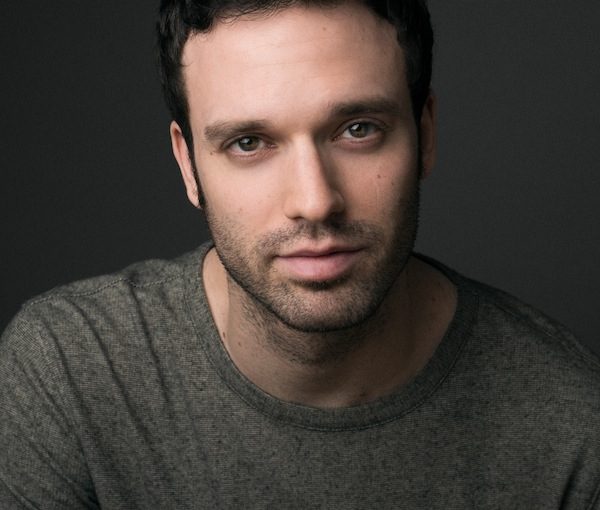 Days after many Canadian families celebrated Passover remotely using online platforms for virtual seders, Yom Hashoah was commemorated with a virtual ceremony that linked survivors and others across the country in an unprecedented, but deeply moving, program of remembrance and education.

The 27th of Nissan was set aside in 1951 by Israel’s parliament, the Knesset, as Holocaust and Heroism Remembrance Day. This year marked the 75th anniversary since the end of the Second World War and the end of the Holocaust.

Hosted live by Toronto actor Jake Epstein, the event, on April 20, featured prerecorded content from organizations across Canada and new footage broadcast live, including candlelighting from six locations across the country, among them the Vancouver home of Shoshana and Shawn Lewis and their children Charlie, Julian and Mattea.

In a recorded message, Prime Minister Justin Trudeau said Canada stands firm against antisemitism and with Israel and the Jewish people.

“The Shoah was undoubtedly one of the darkest periods in human history and these moments where we pause to remember matter, both to honour those who lived through these horrors but also to make sure these atrocities are never repeated,” Trudeau said. “Sadly, acts of antisemitic violence are more and more frequent today and Canada is not immune to this trend. For many Jewish Canadians, the rise in attacks is not only troubling, it’s downright scary. But, let me be clear, attacks against the Jewish community are attacks against us all. Let me be equally clear, Canada and Israel are partners, allies and close friends and we will continue to stand proudly with Israel. Attacks against Israel, including calls for BDS and attempts to single her out at the UN, will not be tolerated.… We will always condemn any movement that attacks Israel, Jewish Canadians and the values we share.”

“During the war, music played an important role in lifting the spirits of ghetto inhabitants, camp inmates, as well as being used as a bargaining chip in negotiating small freedoms in the camps,” said Epstein.

Pieces were performed by the Toronto Jewish Chorus, participants in previous March of the Living programs and by shinshinim, young Israelis performing overseas duties after completing high school. Memorial prayers, El Maleh Rachamim and Kaddish, were offered by Cantor Pinchas Levinson of Ottawa.

Epstein, a grandson of Holocaust survivors, spoke of his family’s history, the good fortune of his grandparents’ survival and the resilience they showed in beginning a new life in a new land.

“Upon being liberated from the camps, survivors faced the inconceivable realization of the enormity of their loss,” Epstein said. “Recovery was a long road ahead. Survivors, like my grandparents, immediately searched for any other surviving family members, only to discover that they had lost everyone. And yet, somehow, they rebuilt their lives.

“My grandparents came to Canada through Pier 21 in Halifax before ultimately moving to Toronto. Even though they were free, the culture shock, the language, the difficulty in finding work, made life extremely hard. My grandfather, an architectural engineer in what was then Czechoslovakia, was lucky enough to find work as a bookkeeper for a lumberyard. My grandmother became a seamstress, working day and night, not only making clothing for customers, but making dresses for my mom as well. Somehow, they managed to connect with other survivors who became like family.…My grandparents’ story of resilience and adversity is a common one. They, like so many other survivors in Canada, raised families, found employment, learned new languages and contributed to Canadian society and Jewish communal life. Some even dedicated their lives, decades later, to speaking out against hate and injustice by sharing their Holocaust stories with students and the public.”

Survivors from across Canada, in video recordings, spoke of their liberation experiences and offered advice to successive generations.

Faigie Libman of Toronto recounted her moment of liberation.

“We saw a man on a horse, a Russian soldier, coming towards us,” she recounted. “He said he was a captain, that we are free. You cannot imagine the joy, you cannot imagine the exhilaration. I still see the picture in front of my eyes, women who could hardly walk, some were even crawling, pulled him down, they were kissing him, they were hugging him, and that day will always be in my mind – Jan. 21, 1945 – we were finally free.”

Sydney Zoltan of Montreal expressed concern about Holocaust awareness after the eyewitnesses pass.

“We, the youngest survivors, now stand in the frontline,” he said. “We often ask ourselves what memory of the Shoah will look like when we are gone. We depart with the hope that our fears are only imaginary.”

Another survivor asked younger generations to be vigilant.

“I want young people to remember, I want them to be politically aware, that their government should never preach hate,” said Elly Gotz of Toronto. “I want them to understand how damaging hate is to people.”

The commemoration, coordinated by the Sarah and Chaim Neuberger Holocaust Education Centre in Toronto, was presented in partnership with organizations across the country, including the Vancouver Holocaust Education Centre. Earlier the same day, a global Yom Hashoah memorial event took place from an eerily empty Yad Vashem in Jerusalem, again with video-recorded survivor testimony and messages from political, religious and civic figures.