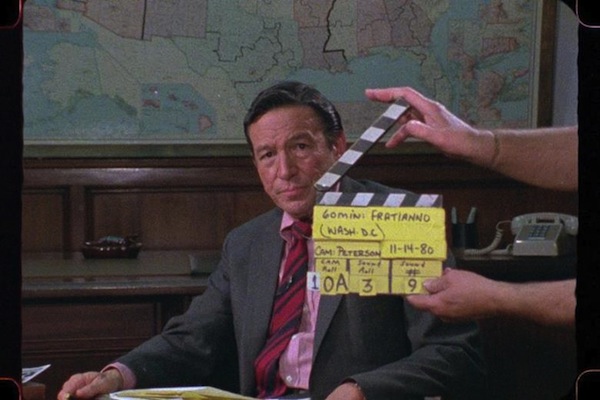 Mike Wallace is Here is one of the smartest and best documentaries of 2019. (photo from Cinando)

In the streaming universe, as with all entertainment, there’s the stuff that everyone watches and talks about. But that’s just the tip of a vast catalogue, a lot of it quite good, that doesn’t get the hype and the buzz. Here’s an eclectic list of accessible Jewish-themed movies that received some hosannas on their initial release. The more obscure (and great) Jewish films of recent years will be on a future list, since, alas, it appears we’ll have ample time to watch more after catching up with these.

The Zigzag Kid (j-flix): The Toronto Jewish Film Foundation has launched a free streaming platform, j-flix, with dozens of terrific recent fiction and documentary features and shorts. You could get lost there for weeks. I suggest you start with this irresistible, action-packed, family-friendly adventure about a precocious Dutch boy, adapted in 2011 by a Belgian director from Israeli author David Grossman’s novel.

The Women’s Balcony (Chai Flicks): Menemsha Films, the venerable U.S. distributor of Jewish-themed films from around the world, offers a free 30-day trial of their streaming platform. (A subscription will then run you $5.99 US a month.) Israeli director Emil Ben-Shimon and screenwriter Shlomit Nehama set their warm and wonderful romp in a small Orthodox congregation dislocated by structural damage to the shul.

Tel Aviv on Fire (Amazon Prime): Sameh Zoabi’s clever comedy about a Palestinian soap-opera writer trying to navigate the demands of both his bosses and an Israeli checkpoint commander will lift your spirits without insulting your IQ. Make a batch of hummus first.

1945 (Amazon Prime): This extraordinary black-and-white Hungarian film parlays the postwar arrival of two exhausted Jews at a small village into an exposé of guilt, betrayal, corruption and murder. One of the most acclaimed European films of 2017, 1945 is a gripping and haunting reckoning with dark history.

Mike Wallace is Here (Hulu): One of the smartest and best documentaries of 2019 examines, entirely through archival television footage, the ambitious journalist who made 60 Minutes essential viewing. Not a Jewish film, oddly enough, but a riveting one.

Disobedience (Amazon Prime): Sebastian Lelio’s taut, understated 2017 drama, adapted from Rebecca Lenkiewicz’s novel, is a remarkably nonjudgmental story that follows a volatile, adrift woman’s (Rachel Weisz) return to London after the death of her estranged father, an Orthodox rabbi. Community, identity, responsibility, sexuality – everything is on the table.

Prosecuting Evil: The Extraordinary World of Ben Ferencz (Netflix): The last surviving U.S. attorney from the Nuremberg trials has an impeccable memory, a spotless moral compass and enormous gravitas. If your fortitude is at a low ebb, Ben Ferencz will give you the strength to persevere.

A Serious Man (Netflix): The Coen Brothers’ most personal and most Jewish film, filmed in and around their childhood stomping grounds of Minneapolis-St. Paul, is a painfully hilarious moral fable guaranteed to provoke a cross-generational dinner table conversation. One politically incorrect question that this devious 2009 movie poses: Are Jews our own worst enemies?