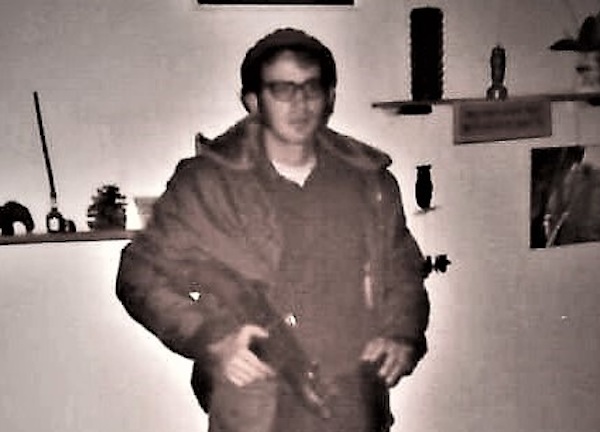 During the Yom Kippur War, the author had to learn how to fire an Uzi and other weapons. (photo by Victor Neuman)

We were two or three days into the war and the news was chilling. Egypt had overrun the defences along the Suez Canal and was pouring into the Sinai. Syria had breached the outposts in the Golan and was within striking distance of Tiberias. We were in shock to think that, a scant six years after the pummeling of the Six Day War, these countries were able to go to war again.

I think the nation was in disbelief as well. Soldiers, in large numbers, had been sent home to observe Yom Kippur with their families. The government had effectively demobilized much of the Israel Defence Forces prior to the attack. The trust in Moshe Dayan and Golda Meir would never be the same.

At first, the response of the average Israeli was cocky. Tamar thought the attack was stupid. “We beat them in six days … now it will be five.” Then, as the news came in, the optimism vanished. Kibbutzniks came around to ask me if I was tuned in to the BBC. They didn’t trust the government to give them the truth of what was going on. It was wartime after all and, at such times, every involved government lies through its teeth. There was not much to listen to, though. Everything was so sudden that the international news services hadn’t caught up with what was going on.

Then Gidon came by. The next day, I was to receive weapons training along with three other volunteers who had just enough Hebrew to say “Halt! Who goes there? Who are you? Stop or I’ll shoot.” The basic wartime jabber.

I don’t recall ever being asked if I wanted to join the fight. As a candidate for kibbutz membership, it was a given that I would step up and do anything required to help. And so it was. This was now my home and these people were my family. Not doing everything I could was never a question in my mind. But, truth be told, to me the fighting seemed far away and unreal and I had no real sense of personal danger. More oblivious than brave might be the way to put it.

Next day, the four of us and Gidon met in a field behind the kibbutz. Gidon had set up a target that consisted of a plywood board on two metal rods that were banged into the ground. There was a rise behind the target to stop the bullets from straying. On a table to the side, he had weapons. There was an Uzi, a bipod sniper rifle and three Second World War relics. Gidon apologized for the older guns, saying they were there just to give us the hang of things and he expected we would have better weapons soon. But, first, he addressed us with a sombre face.

“As you know, our kibbutz is located on Wadi Ara. This valley connects the West Bank territories to the coast of Israel. The military tells me that, if Jordan enters the war and opens a third front, there is a good chance they will come right down Wadi Ara and we are the first Israeli settlement past the West Bank. If that happens, I am told, we have to hold out for six days without help from the army. They are fully occupied in the Golan and the Sinai and will not be able to help us until they have solved their problems over there. Are we understanding?”

“We are,” we all said, a little unenthusiastically. I was thinking, “Worst pep talk ever, Gidon!”

Then came the practice shooting and I learned stuff that no graduate in English literature needed to know.

When sniping with a rifle, lie flat with elbows well anchored. The right leg should be extended back in a line with your rifle and your body to absorb the shock of the recoil. Your left leg is splayed out to the left for stability. Don’t breathe, take aim and squeeze the trigger. Our accuracy was rough, then better. But my main recollection is the kick of those rifles. We were basically lying in fine dirt and, when the round went off, the force pushed our whole body two or three inches backwards. The movement after every shot caused a small cloud of dust to rise up around us and we had to wait a moment before we could see well enough to shoot again.

An Uzi has 32 rounds in its clip. The sliding switch by your thumb has three positions: safety, single shot and automatic. Gidon told us to forget about the first two positions. In battle, you had to be quick. You had to be in automatic mode and learn to shoot from the hip without aiming. The dumbest thing you could do was to hold the trigger down. Doing that would empty your clip in three seconds and the recoil would twist your arm and body up and to the right. Gidon taught us that we had to squeeze off short bursts of around three rounds, see where they hit and adjust accordingly.

Our shooting with the Uzi was fairly awful. Shooting from the hip is really tricky. There were puffs of dust halfway up the hill behind the target, in the dirt just metres in front of us, way off to the left and right of where we were trying to aim. I thought the safest place to be on that range was standing in front of the target.

I had a little better luck than the rest. High with the first burst. Low with the second. Then I adjusted again and hit the target with a burst that knocked the whole thing over.

That evening, Gidon marched us into one of the bomb shelters and gave us all our assigned Uzis. Then he showed us how to disassemble them. We had to disassemble and reassemble our Uzis over and over again until we could do it in a matter of seconds. We were feeling pretty good about ourselves until suddenly Gidon turned off the lights and we had to do the whole thing in pitch dark. A bomb shelter, of course, has no windows. So, when the lights are out, you might as well be spelunking in the world’s deepest cave. We eventually learned to do it using only our sense of touch.

Training ended and so did my date nights in the banana fields with Tamar. She was needed elsewhere and I was approved for carrying a weapon, so I was on my own for going out to the fields at night and dealing with the irrigation. A scary business. Alone in the dark, banana trees making the fields look like a jungle, shadows everywhere and the possibility of infiltrators from the West Bank. I felt like I never breathed until I was in the Willis, job done and heading back to the kibbutz. Back at the kibbutz, I signed in to prove I was still alive. Sometimes I even looked at my own signature to make sure.

When I returned to our flat at 2 a.m., Tamar would be fast asleep. In another world, my girlfriend would leap out of bed and throw her arms around me, overjoyed at my safe return. Tamar would half-waken and say, “Shalom, shalom sweetie,” then go back to sleep. And I understood. It wasn’t that she didn’t care about me. This was Israel. The Yom Kippur War was not their first rodeo.

(Previously: “Learning the lay of the land”; “When Afula road went quiet”; “Tending the banana fields in war”)