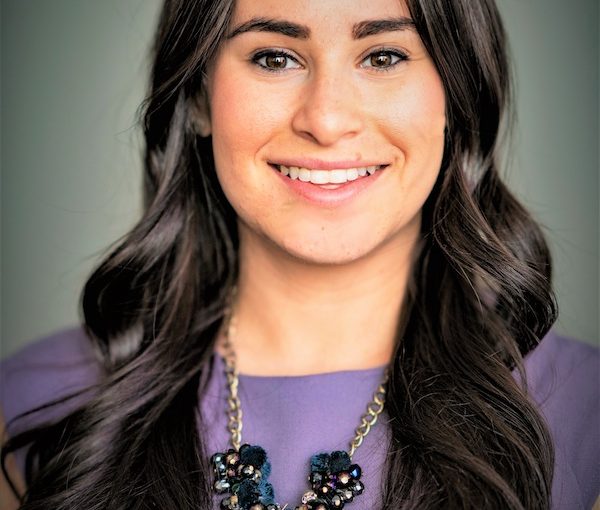 Rachael Segal is media spokesperson for the BC Liberals. (photo from BC Liberals)

Facing a campaign unlike any other, with shaking hands and kissing babies prohibited by social distancing protocols, all parties needed to reimagine how they would reach voters. Rachael Segal, media spokesperson for the BC Liberals, had to figure out how to get her party’s message to British Columbians.

“We can’t have a media bus, so, as the person responsible for media relations, how I connect with media now is very different than how I would do it in a normal campaign,” she said. “I’d be on the bus, I’d be with the leader.”

Instead, the leader is often driving himself to the modest-sized events that typify the 2020 campaign. Instead of facing a phalanx of TV cameras and radio mics, party leader

Andrew Wilkinson speaks to a pooled camera, with his message then shared among the media consortium. It’s an experience all parties are dealing with. But the leaders, as well as candidates in 87 ridings across the province, still have to communicate their positions.

“Obviously, Andrew still needs to get out there and get his message out there,” said Segal. “We’re making announcements daily, just like we would on a campaign normally, they’re just different.”

Wilkinson, a medical doctor as well as a lawyer, is particularly sensitive to the health risks and safety of his team, Segal said.

Segal, who grew up in Kerrisdale, is the official campaign spokesperson for the party during the election and is second-in-command at party headquarters when in non-campaign mode. As senior director of the party, her role is a loosely defined collection of responsibilities that she describes as “basically whatever hole is there, I try and fix it.”

One of her primary responsibilities is stakeholder relations, which means meeting with particular community groups and connecting them with the leader and other members of the legislature.

“Andrew and I have done Shabbat dinners, we’ve done Rosh Hashanah meals, we’ve done tons of Jewish community events,” Segal said by way of example. She also hosts the party’s podcast and started a young professional women’s group “to try to engage the 30-to-50-year-old women demographic, which is the largest swing demographic in British Columbia.”

Segal came to the role in April 2019. She already had a long resumé in education, politics and media.

She attended Vancouver Talmud Torah elementary and Magee high school and received her undergraduate degree at the University of Victoria, where she was the first president of the Jewish student organization when Hillel House opened there. She served as national president of the Canadian Federation of Jewish Students before graduating from UVic in 2005. She then went to the University of Leicester, in the United Kingdom, for a law degree, followed by a master of laws from Osgoode Hall, in Toronto.

She worked on Parliament Hill for Conservative MPs David Sweet and Scott Reid, as well as Senator Linda Frum, and was a senior policy advisor overseeing corrections and the parole board for then-minister of public safety Steven Blaney.

While studying in Toronto, Segal worked full time as an on-air legal and policy correspondent for Sun News, until that network shut down. She worked in criminal law and then civil litigation for a time but found it not her speed and returned to media, joining Toronto’s Bell Media radio station News Talk 1010. She returned to Vancouver in 2018 and covered as maternity leave replacement for the B.C. regional director of the Canadian Jewish Political Affairs Committee. She joined the BC Liberal party staff three days after that position ended.

“This election is really about who British Columbians can trust to lead them through economic recovery,” said Segal. “When we think about the ballot question, that’s really what British Columbians are voting on. Who do they trust to lead them through the next stage of this pandemic from an economic perspective? We have an incredible team who are all very experienced. We have former ministers, we have doctors, we have lawyers, we have just a really diverse and interesting team of very smart people.”

Given significant turnover – seven cabinet ministers have opted not to seek reelection – Segal questioned who would be on the frontbenches of a reelected NDP government.

“The question is, what does an NDP cabinet look like in the next government and do they have the bench strength to be the best party to lead this province economically?” she said.

Segal takes seriously her position as one of the few Jewish individuals on the campaign team.

“It’s a real privilege to be able to represent the community within this political sphere and it’s something I take very not lightly,” she said.

Of her job on the campaign and her slightly less hectic role the rest of the time, she added: “My job is pretty different, wild, fun. Every day is a new adventure. It’s pretty great. And we have such an incredible team, so they make it all even better.”