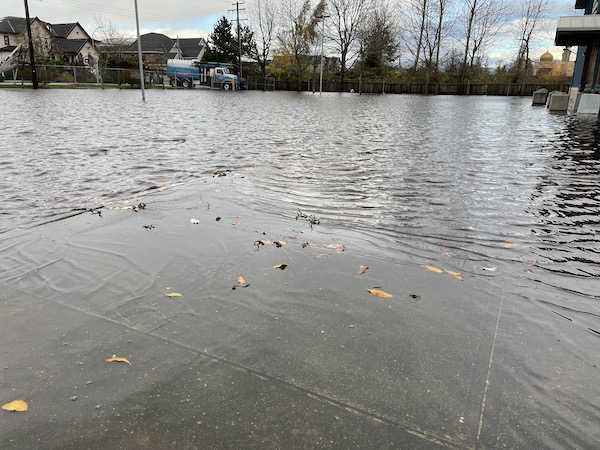 Last month, amid the heavy rains, Richmond Jewish Day School had to close for two days because its parking lot was flooded. Despite working with city crews and independent contractors to pump out the water, the area still looked like a small lake on the third day – but the school could reopen because of the kindness of its neighbours along No. 5 Road. 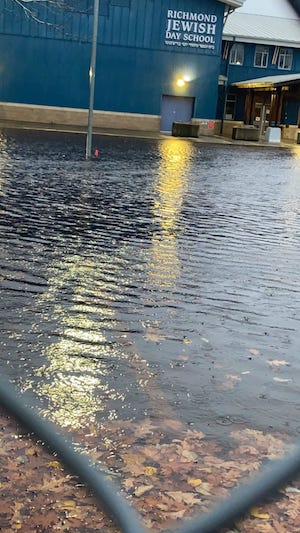 RJDS staff and visitors were granted permission to park at the Gurdwara Nanak Niwas temple on the north side of the school building, RJDS principal Sabrina Bhojani told the Independent. On the south side, she said, Subramaniya Swamy Temple allowed the school to use their parking as a pickup and drop-off point, and the gate that joins the two properties was used to access the school building, which was undamaged by the flooding.

Neighbours along the “Highway to Heaven” – called that because of the number and diversity of faith organizations in that stretch of No. 5 Road – come together both at times of adversity and celebration, Bhojani said, and RJDS hosted Celebration of Light on the Highway to Heaven on Dec. 5. The outdoor event was a “communal expression of solidarity in calling out and combating antisemitism and racism,” she said in an email before the event took place.