During a trip to Iceland in 2010, I had the pleasure of talking with a small number of Jews who called Iceland home. My connections were facilitated by a former colleague who had served from 2006 to 2009 as Canada’s ambassador to Iceland and happened to know that one of her locally employed staff members had Jewish family roots. From that initial serendipitous connection, came several more and, with each interview, I was able to gain some perspective on what kind of Jewish community exists in contemporary times in the country. I titled the article, “Like driftwood from Siberia,” because it seemed the most poignant metaphor – like driftwood, most of the Jews known to be in Iceland sort of washed up on the country’s shores as a result of a marriage or where they had been taken by their studies.

Shortly after the original article was published in 2010 by the Jewish Independent and by the national Icelandic newspaper, which serves the Icelandic diaspora in Canada, I received a phone call from an American Chabad rabbi, Berel Pewzner, seeking information about my experiences.

I have come to know that Rabbi Pewzner is drawn to Jewish life in remote and unique locations around the globe, so I am not sure whether Iceland was already on Chabad’s radar in terms of a small Jewish population in need of support or whether something in the JI article struck a chord. Whichever it might have been, a recent note from Rabbi Pewzner informed me that Chabad student rabbis have been visiting in Iceland for Yom Kippurs and Pesachs for the last five years, “bringing the warmth of Judaism to all.” He shared with me that during these annual visits, the student rabbis have been able to identify and visit with more than 100 Icelandic Jews, including 15 individuals who were new to the rabbis this particular year. 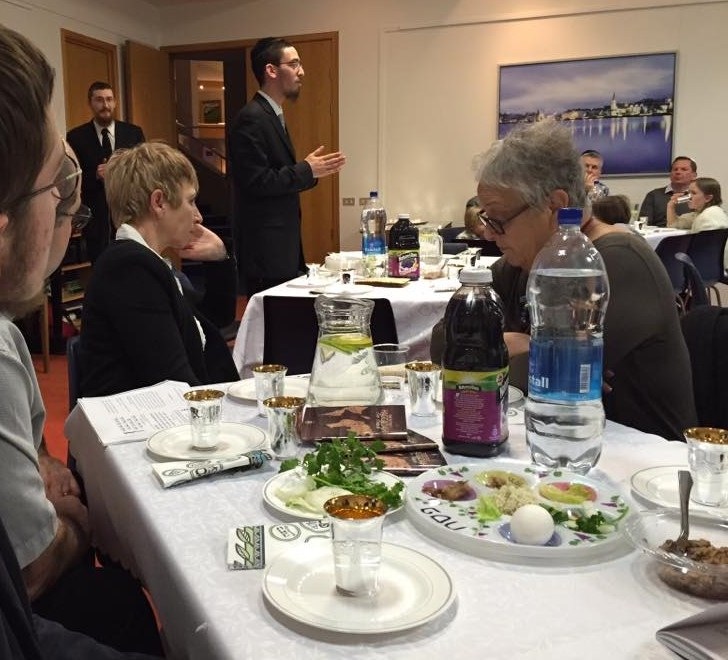 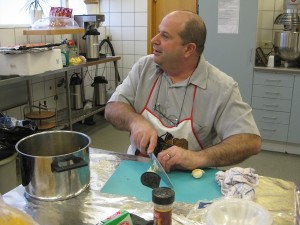 On Pesach, Chabad provides matza for all among those 100 Jews who wish some and then, to everyone’s delight, they hosted more than 60 participants for a full seder this year. Some of these newly located Icelandic Jews have been located as far from Reykjavik as the Faroe Islands.

In 2010, when I first traveled there, Iceland’s economy was in very rough shape. Many Icelanders felt that the recession they were then in would not reverse itself as quickly as other recessions had, and that they simply had to get used to the fact that their assets, both financial and real, were worth very much less than they would have liked. For some – particularly those who had family or business connections in other countries – it was easier to leave Iceland and begin again elsewhere. Rabbi Pewzner tells me that this sentiment is much less in evidence today. To the contrary, there is a now higher level of in-migration to Iceland than in the past. According a 2013 Statistics Iceland report, migration into Iceland is highest from Poland and Lithuania, but the next highest migration comes equally from Denmark, Germany, Latvia, the United Kingdom and the United States. While it is impossible to know for certain why people migrate, this report suggests living conditions, family reunifications, policies around gender equality and because of the natural splendor of the country. In Rabbi Pewzner’s recent experiences, he finds that American Jews of all levels of practice have included themselves in the recent upswing in migration to Iceland.

A May 1, 2015, article by Jenna Gottlieb, published in the Forward, supports Rabbi Pewzner’s observations. It reports that about 50% of the Jews now known to be in Iceland gathered for Rosh Hashanah services. The Ashkenazi food is undoubtedly a draw but so, too, is the rather unique opportunity during the Days of Awe to see the aurora borealis over the nighttime Icelandic sky.

It is very much the case that the Jewish population in Iceland continues to come into the country “like driftwood from Siberia,” to study, work, or because they are part of an interfaith marriage. Most are more secular than religious, but the common thread running through the community is the desire to retain and, with Chabad’s help, maintain a connection to their Jewish heritage. While Icelanders are considered accepting of Jews as individuals, Rabbi Pewzner noted that the Icelandic government in recent years has been deeply critical of Israel for its recent military incursions into Gaza.

It was truly a gift to receive the recent communications from Rabbi Pewzner about how things are moving forward in Iceland, with Chabad’s support, for the Jews within the country.

On the occasion of the 85th anniversary of the Jewish Independent, it is also a reminder that the information that is shared through a community newspaper helps to build community in many places, near and far.

Should anyone wish to contribute financially to the costs of these activities in Iceland or learn more about Chabad’s work there, visit jewishcayman.com/donatetoday for more information.

Karen Ginsberg is a travel writer living in Ottawa.