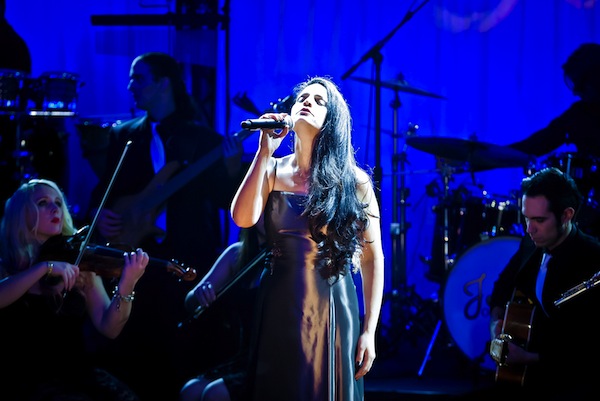 Israel’s Gilat Rapaport and the InJoy Band headline this year’s Yom Ha’atzmaut celebration on May 4 at the Vogue Theatre. (photo from injoyprod.com)

This year’s Yom Ha’atzmaut celebration on May 4 at the Vogue Theatre, headlined by Israel’s Gilat Rapaport and the InJoy Band, marks 20 years since the first large-scale community-wide event to celebrate Israel’s Independence Day was organized by the Jewish Federation of Greater Vancouver.

“Growing up in Vancouver, the community had occasional large Yom Ha’atzmaut events with Israeli performers and I have wonderful memories of attending them,” said Stephen Gaerber, who co-chaired that first major gathering. “I was incredibly impressed by a large event held to celebrate Israel’s 50th in 1998 at the Orpheum [which was chaired by Judy Mandleman]. It was 2001, the Second Intifada was raging, Camp David had resulted in failure and Israel was, as usual, being disparaged in the press. My friend, Rick Schreiber, had become the chair of the Federation’s Israel department, and I told him that I thought the community should be having large-scale events every year to celebrate Yom Ha’atzmaut and all that is wonderful about Israel. His response was, ‘OK, you chair it.’ That’s how I became chair for the 2002 Yom Ha’atzmaut celebration, first co-chairing with my wife, Shari, and then, starting in 2003, with my brother Allen.”

“In the 1980s,” said Pinsky, “CZF brought in big names from Israel for a Yom Ha’atzmaut concert, including top artists like Nomi Shemer, Chava Alberstein, and Haparvarim. The concert was held at the JCC and wasn’t always right on Yom Ha’atzmaut, it was when the artists were available. The venue meant that we could only sell about 400 tickets, and CZF did a lot of fundraising to cover costs.”

Geoffrey Druker, who still leads the community’s annual Yom Hazikaron (Israel’s Memorial Day) ceremony, said he was recruited by Pinsky to become involved in CZF and it was from Pinsky that Druker took over the role of local CZF chair in the early 1990s.

“We ran most Israel-related community programs,” said Druker, including Yom Ha’atzmaut, Yom Hazikaron, Walk with Israel (which took place on Jerusalem Day), the student public-speaking contest and other programs. When CZF closed nationally, Druker said he gathered past local leaders of the group to decide “whether to become an independent local organization or join Federation.”

The choice was to join the Israel desk at Federation, and Druker continued to chair many of the events, with most of the Yom Ha’atzmaut activities being held at the Jewish Community Centre of Greater Vancouver, he said.

“Federation didn’t have the funds for a large Yom Ha’atzmaut, and we couldn’t risk having a large celebration … while keeping the event tickets affordable to all,” said Druker. “So we ran smaller celebrations and with less-known artists.”

Affordability remained key when Federation, led by a committee put together by Stephen and Shari Gaerber, took over the event.

“Our goal wasn’t to just make it a concert, but a real community celebration,” said Stephen Gaerber. “We kept ticket prices very low so that everyone could afford to attend – and if they couldn’t afford even that, we made free tickets available through JFS [Jewish Family Services]. We invited all Jewish organizations in the city to add their names as Community Partners, and dozens did. We had children from Hebrew Academy, Talmud Torah and RJDS performing in addition to Israeli singer Danny Maseng.

“We were given no budget (other than staff time) for the event from the Federation and I didn’t want one. I was determined that the Federation not take anything away from what they were allocating to local community agencies in order to make this event happen. We believed that the community would support the event and we were right. We raised the funds from generous donors, rented the Chan Centre and signed a contract with the performer. We put tickets on sale and we sold out all 1,200 seats very quickly. The event itself is a bit of a blur, but my most vivid memory is the joy people expressed to us at its conclusion.”

With that success behind them, the goal was to involve even more individuals and organizations in the celebrations.

“For years,” said Gaerber, “Jonathan and Heather Berkowitz wrote a piece for young community members to perform and we were fortunate to have Wendy Bross Stuart direct them. We later added the JCC’s children’s Israeli dance troupes to the program, sometimes joined with dancers from our partnership region in the Upper Galilee.

“Pam Wolfman took over chairing the event in 2014 and continued to tweak things to make sure everything is new and fresh and even better each year, including involving the entire community in the community song,” he said. “What hasn’t changed is the support from the community. To this day, other than staff time, the Federation has not had to give any funding at all towards putting on the event. The group of donors has grown over the years and that allows the event to continue to stay true to our initial vision – tickets are still affordable and many are available at no cost to those who need them – and the events continue to sell out.”

The annual celebration brings Israeli performers – from veteran musicians to up-and-coming singers and musical groups – to Vancouver on Yom Ha’atzmaut.

“For many,” said Gaerber, “it was their first time performing outside of Israel on Yom Ha’atzmaut, as they hesitate to leave the country for this important day. Without exception, they have all expressed how incredibly meaningful it was for them to experience the warmth of our community and its love for Israel. A number of our performers who would not have otherwise considered coming to Vancouver for Yom Ha’atzmaut have only done so because they have heard from other performers about their experience and our Jewish community.

“Despite our Jewish community’s relatively small size,” he said, “we have been told by Israeli diplomats that Vancouver’s Yom Ha’atzmaut celebration, always occurring actually on erev Yom Ha’atzmaut, is one of the largest celebrations of its kind taking place on that day outside of Israel.”

For tickets to this year’s event and a sneak peak at the program guide, go to jewishvancouver.com/yh2022. 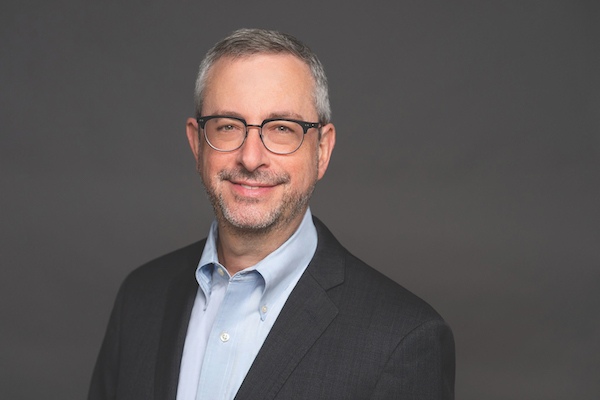 Mark Gurvis returns to Vancouver as head of the new Ronald Roadburg Foundation. (photo from Jewish Federation of Greater Vancouver)

A fixture in the community when he headed the Jewish Federation of Greater Vancouver from 2002 to 2013, Gurvis is excited to be back in town.

“I had a wonderful professional experience and my family had a wonderful life experience being part of the community,” he told the Independent. “We had a great run with the Federation. It is great to come back to a fresh opportunity. We are looking forward to getting involved again.”

At the outset, Gurvis will be busy doing many of the things needed to get a young foundation up and running: sorting out technical matters, getting the office organized, and reaching out to and reconnecting with people to determine the needs of the community.

“This is a complete start-up,” said Gurvis. “As with any new organization, an awful lot goes into the beginning to work out vision, goals and priorities. We have all of that ahead of us. We have a lot to learn about the current state of affairs in each area of focus we want to dive into and explore how we can best make a difference with the resources that will become available. There is a lot of organizational development stuff to tend to as well in starting up an organization from scratch.”

The foundation will be active in examining and assessing the needs of the community. “It’s too early to be putting oars in the water and say this is where we are going,” Gurvis stressed. “I encourage everyone to be patient as we do all the things to get the focus of the organization in place and then see how we can have a positive impact on the community and the region.”

Gurvis has had a full schedule since leaving his job at the Jewish Federation. He was executive vice-president of Jewish Federations of North America through 2020. In 2021, he created Community Network Consulting, a venture that focused on the strategy of nonprofits, community planning and organizational development.

Upon learning of the new position opening up, however, it seemed like the right opportunity to return to Vancouver, he said.

The Ronald Roadburg Foundation was founded by Jack Bogdonov, Stephen Gaerber and Bernard Pinsky, all of whom serve on its board. Gurvis, as CEO of Federation, worked with Gaerber, who was chair of the Coast-to-Coast partnership with the Galilee Panhandle in Israel, and with Pinsky, who was involved with the Jewish Federations of Canada (JFC-UIA).

“We recognized Mark’s intellect, creativity, calm demeanor, and ability to build consensus among constituencies as second to none among all Jewish professionals we had encountered,” said Pinsky. “When Jack, Stephen and I looked for a CEO that could help us accomplish the transformational change we aim for, there was only one person we reached out to: Mark Gurvis.”

Pinksy added, “Our board agrees that we are very fortunate to have Mark join us and, in our view, Mark gives us a big leg up on other start-up foundations because of all of the qualities mentioned above, as well as Mark’s depth and breadth of knowledge of the Jewish community, in Vancouver, Canada, the United States, Israel and the world.”

Ronald Roadburg, the foundation’s namesake, was a local businessman who passed away in 2021. Born and raised in Vancouver, he learned business from his father, Al Roadburg, who also headed the family enterprise, Broadway Properties.

“Two things his father taught him that he especially took to heart were: own property that is where people immediately know its location; and try not to sell properties, ever. These two principles led to the Roadburgs’ great success in the property business. Ron’s will left most of his assets to charity, and the foundation named after him will carry out his intention,” Pinsky said.

To those who knew him, Ronald Roadburg stood out for his sense of humour and compassion. “He loved helping people and he loved animals. He loved art, supporting local artists, and he collected many whimsical and unusual pieces,” Pinsky recalled. “During the last 10 years of his life, he was a director and participated wholeheartedly in making donations to worthy causes through a foundation established by his father.”

Roadburg commissioned numerous murals, which still appear on buildings that he owned around town. He championed several causes to help the less privileged in society and was an unwavering supporter of Israel.

The Ronald Roadburg Foundation will be situated on West Broadway. Over the next few months, the leadership will be honing its focus on specific areas of philanthropic investment and establishing its grant-making policies and practices. To learn more about the foundation, visit roadburgfund.org.