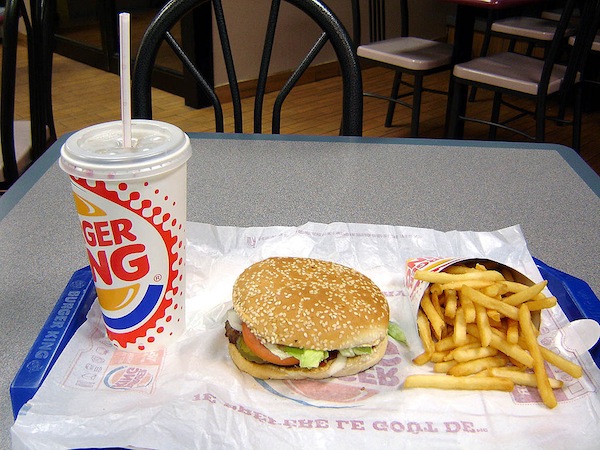 There’s a funny story from when my husband and I were first married. We were in graduate school, but I had returned to grad school after teaching in Washington, D.C., inner-city high schools. I discovered that my husband and his friend Lou, one of his school lab mates, were regularly going out to eat fast food. Worried for his health and our budget, I let my new husband and our friend know that he was absolutely “not allowed” to be doing this. It was bad for them! My high school teacher tone was threatening and both guys heard me loud and clear.

Lo and behold, later, they walked past the student centre’s Burger King. And guess what? As Lou describes it (to this day), “WHOA!… She shut down Burger King!” Both believed that perhaps I had this huge power. I had jokingly let them think that I could shut down Burger King, all on my own. Sometimes, for our own best interest, we need to be told what to do.

The Torah portion Chukat, Numbers 19:1-22:1, is full of practical advice about how to deal with challenges in life, including food, death and sacrifices. There’s information about how adults should clean themselves, change clothing and do other ritual routines, such as those around deaths, which could prevent the spread of disease. Yet, there are complainers who forget to be grateful even about food, as when, in Numbers 20:5, the Israelites say, “Why did you make us leave Egypt to bring us to this wretched place, a place with no grain or figs or vines or pomegranates? There is not even water to drink!”

Then, there are divine-inspired miracles, like when Moses struck the rock (twice) and the water appeared.

There is a medical term called “dysregulation.” It means something may not be “normal,” but it could be part of a metabolic physiological or psychological process. So, a person can be physically dysregulated (klutzy or clumsy) or emotionally dysregulated (unable to respond with socially appropriate emotions). Dysregulation doesn’t come from one thing. It’s a general term. It means, this is abnormal and maybe the person is impaired by it. It’s something to be aware of and to work on.

Those who struggle with dysregulation may mature or become stronger than average and successful because of how hard they work to function “normally.” An example might be adopting an older animal-shelter dog. When I’ve adopted these dogs, sometimes they are already adolescents but lack basic training or manners. Through consistent, daily practice, they become good at the few obedience commands and behaviours I expect. When both my dogs sit on command at a street corner, a bystander, perhaps with an unruly dog, might say, “Wow! That’s amazing! How did you do that?”

I smile. The answer is something like, “Well, I’ve been asking these dogs to sit at every street corner every morning for the last six to 12 years.” With a lot of practice, my older shelter dogs grow and learn. They are every bit as amazing as a pedigreed puppy someone bought. It’s a maturation process, and it comes with years of practice and the assumption of responsibility.

In this Torah portion, there is the strong narrative voice and actions of G-d, telling the people what is expected of them, and pointing out where they may have faltered or failed. In effect, the impairments faced by people who used to be slaves have to be overcome. The people have been in a state of imbalance because of their traumatic experiences. Overcoming that dysregulation means healing, finding maturity and a reliable path forward.

All of this doesn’t happen overnight. We can’t do it alone. I know about dysregulation through reading about it in medical reports. Yet, through consistent learning, maturation and hard work, humans (and animals like shelter dogs) can overcome many things. This is a process. It’s a “two steps forward, one step back” narrative.

I was reminded of this issue when I recently visited a newly renovated grocery store. While the layout looked complete, the cashier said there was a mountain of work still to be done in the warehouse. Even the employees, on close inspection, were out of sync. I watched a manager willing to give a locked cart to a shopper for free rather than make change. Meanwhile, another manager shooed away a person down on his luck who was asking for change or food. There was a huge amount of new and fancy food on display but the food bank bin was nearly empty.

The store boasts of being community-minded, but it was dysregulated. They’d lost their way. Just as in the Torah, nobody, not even Moses, is perfect – he shouldn’t have hit the rock twice. Nobody should complain about the lack of figs or pomegranates – but we’ve got shortcomings. We’re all in the process of becoming something more.

Growth comes through many paths. Sometimes, in order to cut back on the fast food, you need a scary commandment from your new spouse! On more important matters? There’s an important divine voice. It’s a series of small, ritual, self-regulated steps that shape us into being our best selves.