Inspired by Story and Song – this was the topic of the JSA Snider Foundation Virtual Empowerment Series session held on Dec. 2, in partnership with the Louis Brier Home and Hospital.

Rabinowitz opened with a Chanukah song in Yiddish, “Drei Zich Dreidele” (“Spin Yourself Dreidel”), which was followed by Levin reading Sholem Aleichem’s Hanukkah Gelt (Hanukkah Money). In this story, Motl and his brother take part in the beloved customs of a favourite holiday: the lighting of the chanukiyah, eating potato latkes, playing dreidel, and the gift of gelt.

In the course of the program, Rabinowitz sang songs in Hebrew, Yiddish and Judeo-Spanish. She sang “Oh Hanukkah,” a song in Judeo-Spanish about the holiday’s eight candles, as well as more personal songs, including one she wrote on the occasion of her grandson’s birth and one she wrote for her father. She offered the audience a treat by singing the classic and sentimental Yiddish song by the Barry sisters from the 1950s, “Wie Nemt Men a Bissele Mazel?” (“Where Can You Get a Little Luck?”).

Levin chose the story by Abraham Karpinowitz titled Jewish Money, from the book Vilna My Vilna, which is a volume of his work that was translated into English by local storyteller Helen Mintz. Karpinowitz was known for his detailed and vivid descriptions of the city of Vilna and the odd characters who lived there.

The Spice Box is an anthology of Canadian Jewish writers and Levin read an illuminating story written in 1968 by Larry Zolf, who was a CBC personality and writer for the program This Hour Has Seven Days. The story, Boil Me No Melting Pot, Dream Me No Dreams, deals with the difference between the American and Canadian immigrant experiences.

Preposterous Papa, the final story read by Levin, was an excerpt from a book by Lewis Meyer. Meyer’s father grew up in a small town in Oklahoma, which had very few Jewish families. Unable to commute to the synagogue in the larger city, his father bought a house and converted it into a chapel, offering a place for the few Jewish families in nearby towns to socialize and pray on High Holidays.

Rabinowitz ended the program with an upbeat song in Yiddish, the title of which translates as “We Are All Brothers and Sisters.”

Nathalie Jacobs of the Louis Brier thanked the performers and expressed her wish to partner again with JSA in the future.

On Oct. 8, nonagenarian Gloria Levi was the featured speaker at the JSA Snider Foundation Virtual Empowerment Series session co-sponsored by Jewish Seniors Alliance and the Peretz Centre for Secular Jewish Culture. The topic was What Inspires Me at 90.

Gyda Chud, co-president of JSA and president of the Peretz Centre, welcomed the approximately 70 attendees and shared the background of JSA’s Empowerment series.

Fran Goldberg introduced Levi as a feminist, an activist, a COVID survivor, a gerontologist, a therapist, a social worker and a woman of tremendous confidence, who finds joy in even the darkest of moments.

From her talk, it seems that Levi does indeed find inspiration in everything around her, from rustling breezes and glistening sunsets to soulful self-discovery. She finds meaning in both everyday happenings and the larger matters of the heart and social justice. If we were to sum up Levi’s nuanced and profound wisdom in a word, it would be wholeness. She elevates the whole person with all their perfect imperfections.

To Levi, self-discovery and self-knowledge are paramount values. She illustrated the importance of being true to oneself with the charming story of Rabbi Zusia, who lamented to God, bemoaning his not being like Moses and Abraham. God advised him to be exactly who he is – Zusia. The goal in life is not to strive for perfection but to be authentically oneself.

Through Levi’s lens of wholeness, even a global disaster like COVID-19 has vital lessons. A COVID-19 survivor, Levi refers to the virus as the 11th plague, but also is passionate about the important issues that the pandemic has brought to light. For example, it revealed the discrepancy between the haves and the have nots: the ones who support our daily life – the grocery store clerks, hospital employees, delivery drivers and food workers, among others – in stark contrast with the wealthy. The pandemic has yielded an awakening, a heightened awareness that things need to change on numerous levels, both environmentally and socially, said Levi.

Along with her commitment to social justice, Levi draws connections and inspiration from Jewish sources; for example, she refers to Leviticus, in which God tells Moses to instruct the Israelites to give the land a rest. During the sabbath year, the land is to lie fallow and to be “released” from cultivation, she explained. Weaving rest and restoration into our physical and spiritual worlds is a much-needed change, she said.

In conclusion, Levi quoted Ecclesiastes and reminded us that “vanity of vanities; all is vanity.” Her advice: embrace life, enjoy meaningful relationships and small kindnesses – and find inspiration all around us. 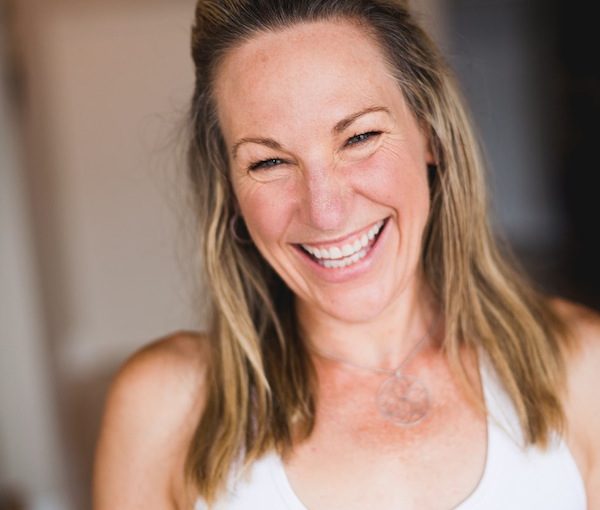 Don’t hold your breath. Breath is life, and each breath we take optimizes our health. This is what I learned at Jewish Seniors Alliance’s third empowerment session – Discover the Power of Your Breath – which was held on May 4.

Gyda Chud, co-president of JSA, welcomed the 75 Zoom participants, explaining that the overarching theme for the empowerment series is “Be Inspired.”

Fran Goldberg introduced the speaker – yoga therapist and teacher Tianne Allan, who was involved for two decades in the world of aquatics and high-performance athletics. After a car accident, her yoga practice became her pathway to healing, both physically and emotionally. She now specializes in pain care and in the treatment of anxiety and insomnia.

Allan guided the group in movement – breathing while opening the arms and bringing them back to the chest. She explained that the foundation of our breath is comprised of three steps:

1. Sit up straight and breathe through your nose.
2. Low and slow, take a breath down into your belly.
3. Smooth and steady, inhale and exhale.

Correct breathing can also help ease pain, Allan explained. And it can help us sleep better. The sleep exercise involved imagining ourselves looking through the ceiling to the blue sky and letting the sun fill our bodies with warmth. This exercise actually lulled some of us to sleep.

Shanie Levin thanked Allan for getting us involved in using our bodies and minds, and reminded the audience of the JSA’s next Empowerment Series session, on June 28, featuring Libby Yu, a classical pianist. 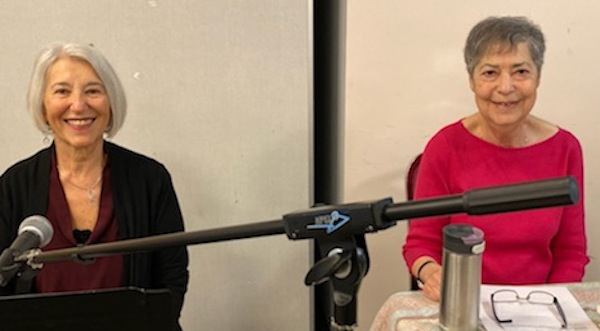