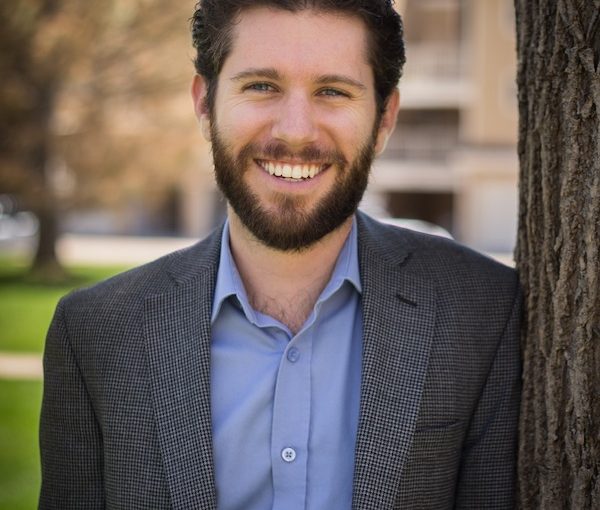 Going as far back as his days with Northwest Canada Region of B’nai Brith Youth Organization, Matt Ponak has had a passion for the spiritual aspects of Judaism, and now he is bringing that passion to Victoria.

Having impressed the congregation as an interim rabbi during Rabbi Harry Brechner’s sabbatical, Congregation Emanu-El announced in mid-May that Ponak would be joining them on a full-time basis as education director and assistant rabbi. Officially, his position began last month, following his graduation – with a master’s degree in Jewish studies – and his June 7 ordination from Hebrew College in Newton, Mass.

Ponak grew up in Calgary, where he attended Jewish day school at Calgary Jewish Academy, and was a member of Beth Tzedec and Temple B’nai Tikvah congregations. Through high school, he was an active member of B’nai Brith Youth Organization and attended Camp BB Riback as a staff member. His ties to Vancouver Island are also strong.

“I grew up in Calgary and spent many summers on the Island growing up,” he said. “My mother is from Port Alberni and I have many relatives in the area.”

Although his spiritual education led him to American schools and life, Ponak said he is looking forward to planting roots back in Canada, and making Victoria his new home. “I’m so excited about this because I get to return to Canada and to live in an incredible city with a community of warm, embracing, open-minded and dedicated people,” he said.

Before rabbinical school, Ponak earned a master’s in contemplative religions at Naropa University, a Buddhist-inspired institution in Boulder, Colo. He earned an undergraduate multidisciplinary degree with a minor in religious studies from the University of Calgary, and also has a certificate in spiritual entrepreneurship through the Glean Network, in association with Columbia University.

During rabbinical school, Ponak interned with the Asiyah Jewish Community in Somerville, Mass.; the Common Street Spiritual Centre in Natick, Mass.; Temple Emanuel in Andover, Mass.; and the One River Foundation with author Rabbi Rami Shapiro. He also served as a curator of the Spiritual Paths Institute, working on an interspiritual website for people of all backgrounds who want to explore their inner lives more deeply. He is one of the founders of Or Chadash, the men’s group at Hebrew College.

Ponak’s capstone project, “Torah for the New Age,” focused on translating and commenting on Jewish mystical texts relevant to contemporary spiritual seekers of all backgrounds. With supervision from Hebrew College rector Rabbi Arthur Green, Ponak translated and commented on 42 mystical texts and used digital design layouts to make them look like Talmud pages. “It was an absolute pleasure working with Rabbi Green,” said Ponak. “He is one of the leading voices for Jewish mystical theology, commentary and translations in our era.”

Ponak is a talented banjo player. He specializes in leading niggunim, wordless melodies from the Jewish mystical tradition. During his first year of rabbinical school, he released a banjo niggun album entitled Bridges of Song. He is also a practitioner of qigong and focusing, using movement and body-centred contemplation to guide people through inner constrictions and into the emerging stages of their journey.

“I am a teacher, musician and lover of life,” said Ponak. “I help spiritual seekers follow the call of their soul. I am passionate about bringing forth ancient Jewish wisdom to meet the needs of today.”

Founded in 1921, Hebrew College is committed to Jewish scholarship in a pluralistic, trans-denominational academic environment, while Congregation Emanu-El is an egalitarian Conservative Jewish synagogue. At 157 years old, Emanu-El is Canada’s oldest synagogue in continuous use, and has been designated a national historic site.

Daniel Moser is editor of AJNews, where a longer version of this article was originally published. For more Alberta Jewish news, visit albertajewishnews.com.